Jerome: What the Archdiocese representative says about his health condition 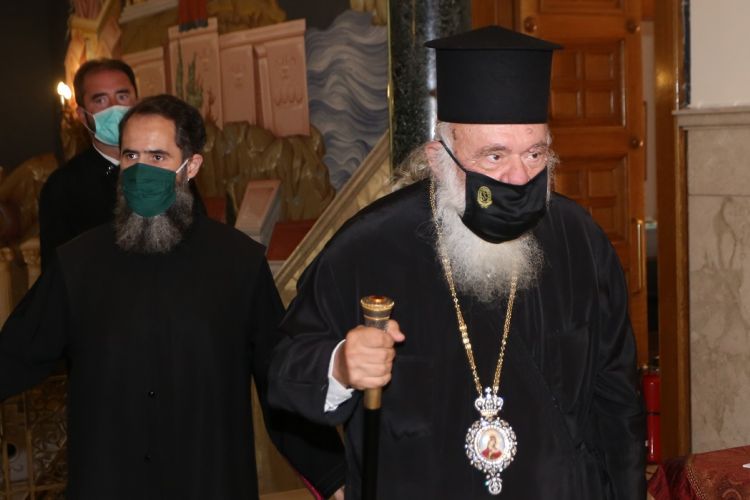 General mental anguish and his desires to win this battle are in keeping with the adventure of Archbishop Athens Jerome, having been positively diagnosed with the coronavirus and admitted to hospital “Evangelismos”

Speaking to “Koonia Ora MEGA” the spokesman for the Archdiocese of Athens, Haris Konidaris, claimed that the day had a good day for the Archbishop.

According to him, Mr Ieronymos is without a fever and his condition is stable. As he repeats, he was diagnosed positively on Tuesday, November 17, after the molecular examination presented the previous day, while the previous period was in a sanatorium in Boeotia.

Despite the events at the Holy Synod “he was not quarantined when he was in Boeotia, but he had restricted his contacts”.

At the same time, Mr Konidaris referred to the message sent by the Archbishop shortly before his admission to hospital, that is, we must be careful and observe the measures for the protection of human life.

The causes in the Church

When asked about cases of coronavirus in the Church, the Archdiocese spokesperson replied that the cases recorded in the Church were less “commensurate with other organizations or bodies” because the vast majority of clergy faithfully and unambiguously observe the measures at the first moment, despite the individual disagreements “.

Speaking about what will happen next for the churches at Christmas, Mr Konidaris emphasized that during his meeting Mr Ieronymos and Mr Mitsotakis had made it clear that we will make Christmas open as soon as the epidemiological data allow. churches.

in the Google News and be the first to know all the news
View all the latest News from Greece and the World, at