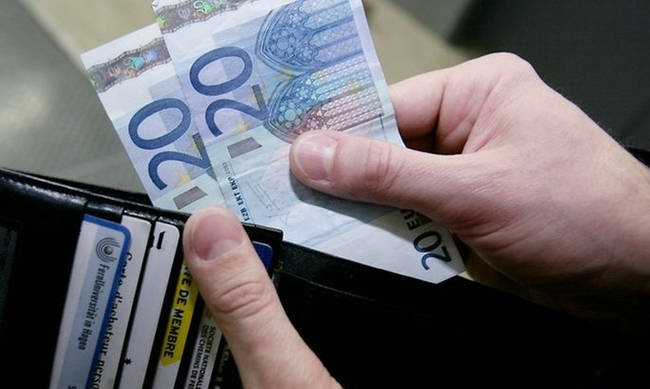 Increase the minimum wage to levels that are compatible with the increase in the average economic activity, if confirmed for 2018, but in conjunction with a direct reduction in social security contributions "to get Increase in disposable income for low employees without undermining the fragile state of the economy, "BSE suggests in the weekly bulletin of economic development on the minimum wage.

It also warns that "a large increase that is not related to change in productivity and given the risk of labor that does not pay is already superseded by the formal labor market a number of workers who & # 39; n face either unemployment or losing defense employment offered by official employment ". According to the BSE analysis, the labor market effect of any increase in the minimum wage will not be trivial and it is very likely that it will increase unresolved or semi-skilled work. In addition, it is arguable that an attempt to stimulate demand artificially, which will not result from productivity gains, will enter "foreign pockets", further expanding the trade deficit.

The reduction in social security contributions, according to the Association, should be greater than the progress made in 2016 and that the additional reduction is funded by reducing the tax-free allowance. "For social justice reasons, the reduction in the horizontal" tax-free "should be reduced at the same time by a brave, substantial and indispensable increase in the tax repayment for families with children, for example EUR 500 for each child instead of EUR 50 currently in force, as well as an increase in the tax refund, for example by EUR 200 the 5-year increase for pensioners over the age of 70. So the reduction will not who has already legislated from "no-tax" worsens the weak, "said BSE.

According to the data included in the analysis, around 400 thousand people today have salaries in a range between the pre-2012 minimum wage, and the lower subcontinent or even that have been in force since then. In addition, a large part of the labor market is employed in part-time or rotational work, which often leaves a suspicion of full-time employment that has declared incorrectly. According to ERGANI data for 2017, 25.54% of employees are employed with a minimum or minimum wage in catering services and 22.71% in the trade, while in enterprises up to 49 employees, 77% of jobs with a minimum or sub-salary.

"The problem of the labor market therefore is that the" stacks "tax framework is a very large part of paid labor at pay levels close to the minimum wage. This problem does not get It is resolved by the increase in the minimum wage, as the earlier one, but by reducing taxes and levies, as well as a reduction in the salary hike, ie by reducing the high income rates very high (including the specific of & # 39 ; r ardoll), "came to the BSE collection.