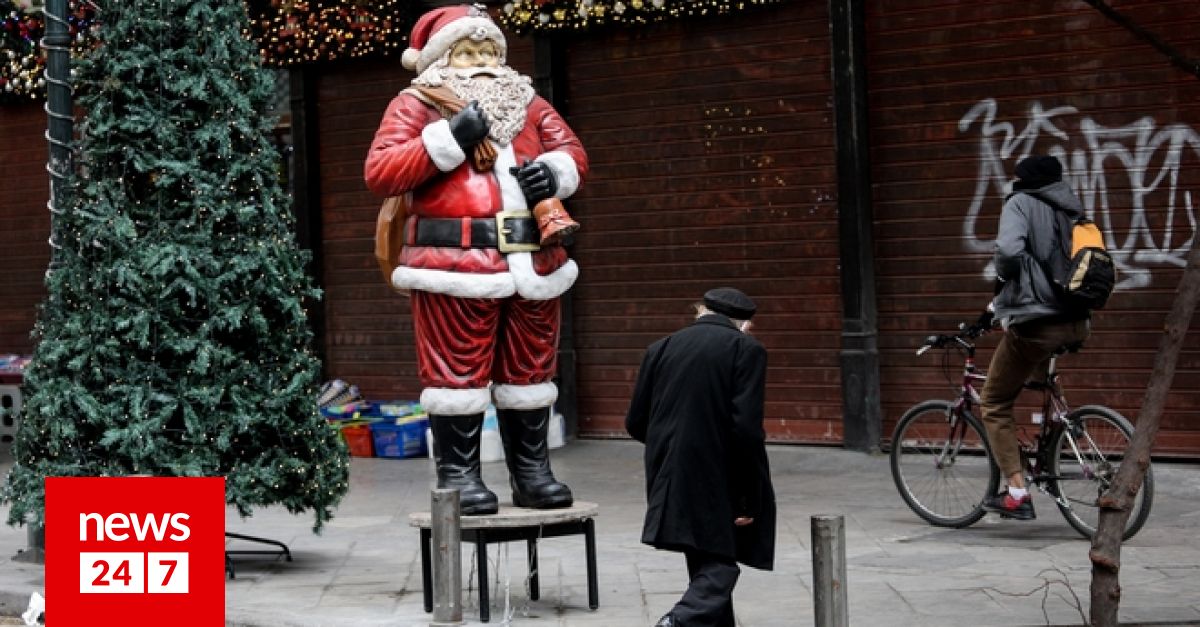 Statements were made for the opening of the market in December in the midst of a pandemic, but also for the continued use of SMS in 13033, by government spokesman Stelios Petsas.

Speaking to ANT1, and referring to partially lifting the lockout process, left open the possibility that SMS could remain in the holidays. When asked by a reporter whether the SMS at 13033 for Christmas shopping remains, he stressed that everything is on the table as well as the traffic ban remaining after a while.

In terms of catering, it appears that it is intended to open just before Christmas, but with strict rules and reduced opening hours to prevent the spread of the virus.

“There is a plan for the restaurant to open before Christmas”, stressed Mr Petsas, but explained that “there will definitely be no possibility of evening entertainment”.

“There will be no standing,” he added, and the measures will be strictly adhered to by restricting people in restaurants.

Mr Petsas himself had spoken on Monday, during the political writers’ briefing on the same issue, ensuring that gradually lifting the restrictions will develop based on the suggestions of the infectious disease experts.

Answer a question as to whether he agrees with Adonis Georgiadis’s statements regarding the celebration because the number of the dead stated that it is not a matter of celebration and the feeling of loss touches the whole world.

When asked if he agrees with Adonis Georgiadis’s style during his statements yesterday, he typically said: “There is no celebration, we are in a state of war, every dead person strikes us all.”

A government spokesman, however, claimed that the data provided by Alexis Tsipras that our country ranks 10th in the world in the number of coronavirus deaths, is false, that it says the international data shows a different picture.

And he added, again leaving a tip against Adonis Georgiadis that we do not need to hide or mention these elements.

It is noted that the government is preparing to appeal to the citizens, in an attempt to celebrate Christmas this year in a close family circle and without swapping traditional holiday visits, for pandemic reasons.

Anyway, this year the Greeks must forget the escape to winter destinations.

As government officials point out the opening of the country will be done gradually and carefully. In the first phase, Elementary Schools, Gymnasiums, Lyceums will be opened and then the retail stores will be opened, which, as Development Minister Adonis Georgiadis noted, will be a click-away solution, with home shopping and collection from the store to avoid overcrowding. .

Read them News from Greece and the world, with its reliability and authenticity News247.gr