Appeals Court: 4 police officers have been injured after an anti-authorizable assault – News – news 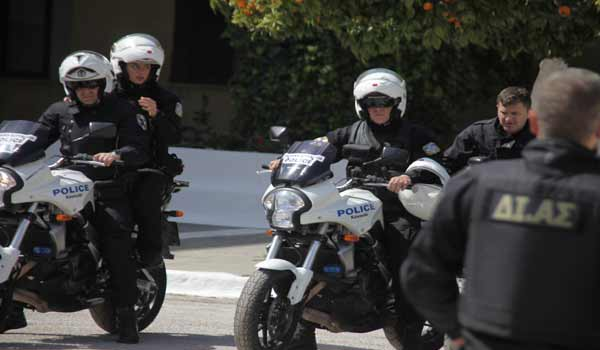 He received an assault by a team of DIA police officer researchers a few hours ago, leading to injuring four police officers and serving at the 401 military hospital.

In particular, according to the SKA broadcast, Thursday police officers have attacked at least 50 anti-authorizers at 12.45pm. The event was held according to RES-MPE at the Athens Court of Appeal, resulting in injuries to four of them. Police officers were identified in an irregular breach in 2012.

According to SCAI, he was instructed not to be arrested or surrendered, with the authorized police officer telling his colleagues: "It would be better not to bring any reception or arrest to try ghosts. "

Police officers during the trial are allowed to take an oral assault inside the room by anti-combat. But then the late climate was removed from the room, and one of the anarchists threatened the police officer to kill, causing the ghosts to get worse. Anti-authorizers attacked police officers with helmets and actions leading to injury. Police officers were withdrawn to the Military Hospital 401.

"We were fashioners, we were told by ruffians and much more in the camera, and a colleague threatened to kill him," said one of the police. "We received successive attacks … for our good fortune, there was a plate of HMT that came ahead, and turning people away," he added.