US study on side effects: Are there any other infections after Corona? 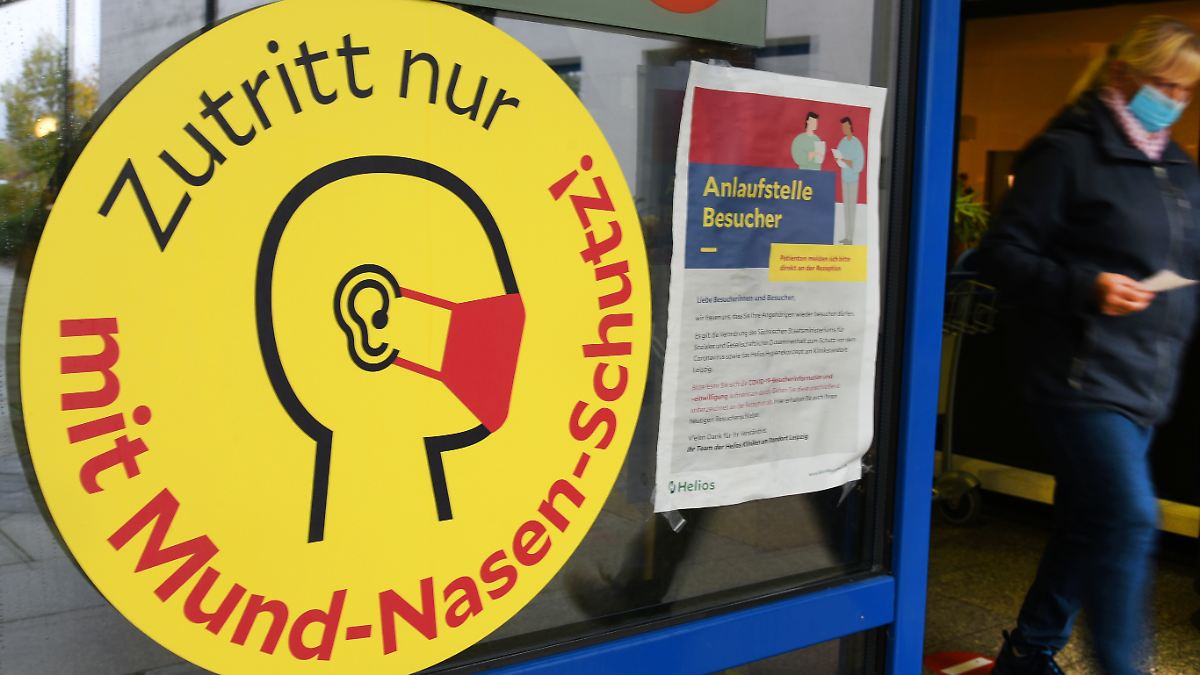 US study of side effects

Are there any other infections after Corona?

The corona measures not only protection against Sars-CoV-2, but also against other pathogens. According to a simulation, people could be more susceptible to other infectious diseases after removing the corona rules. But there are also experts who consider this to be speculation.

Current hygiene and distance rules not only reduce the spread of Covid-19, but also the spread of other infectious diseases such as influenza and colds. According to a simulation study, US researchers are now warning that temporary contact with other pathogens could lead to people becoming more susceptible to such infections after the corona measures have been lifted. Independent German experts stress that the work involves a lot of speculation and should not be misinterpreted.

The corona measures common in many countries, such as keeping your distance and wearing masks, proved to be protective against Covid-19, writes the team led by epidemiologist Rachel Baker of Princeton University in the state of New Jersey in the US in the “Transactions” of the US National Academy of Sciences (“PNAS”). This also applies to other infectious diseases. “The incidence of several respiratory pathogens has recently declined in many locations around the world.”

Only in late October – after the end of winter in the southern hemisphere – did researchers in the journal “The Lancet” report ever-low flu in Australia and New Zealand. As an explanation for the phenomenon, they also referred to the corona measures such as keeping your distance, protecting your mouth and nose and closing schools.

Baker’s team assumes that such measures and the reduced contact with pathogens can later increase the susceptibility of the population to various infections. Using various models, the researchers simulated how the removal of the corona measures could affect two seasonal pathogens: Influenza type A (IAV) viruses and the respiratory syncytial virus (RSV), which cause respiratory diseases, particularly in young children. The number of RSV transmissions in the USA has been estimated to have fallen by about 20 percent since the introduction of the corona measures.

On this basis, the authors reckon that even short-term measures could lead to an increase in RSV infections with delays. In the simulation for the USA and Mexico, the majority of RSV cases would occur during the winter of 2021/22. The team came to similar conclusions regarding seasonal influenza outbreaks A. However, the authors themselves admit that predictions of influenza outbreaks are problematic, mainly due to the diversity of these viruses and the different efficacy of existing vaccines.

This is actually a weak point in the study, says virologist Gülsah Gabriel of the Heinrich Pette Institute in Hamburg, who was not involved in the study. “Influenza A viruses are interchangeable and adaptable. This virus evolution is a dynamic process that cannot be modeled.” Entomologist Bernd Salzberger of the University Hospital of Regensburg also objects that such dynamics can hardly be captured in mathematical models: “There could be an excessive wave of influenza, but the opposite could happen, too,” says the President of the Infectious Disease Society Germany (DGI). The study’s statements are speculative. “If we kept all viruses away from us for three years, it would certainly be problematic for our immune system,” Salzberger emphasized.

However, most people would not wear a mask all the time, but only for a short time. Years of abstinence from pathogens is also unrealistic because various vaccines against Sars-CoV-2 are already well developed. Virologist Gabriel cautions against misinterpretation of the study results as an argument against the corona measures – for example against wearing mouth and nose protection. This is especially important at the moment, also to reduce the risk of co-infection. If you were infected with influenza viruses and another pathogen, the combination would be much more serious. In addition, high-risk groups should be vaccinated specifically against influenza. Therefore, it is important to have enough flu vaccinations ready in the coming winters.

Just half as many doses in 2020: Pfizer cuts the supply target for corona vaccine

FC Bayern with defensive problems before the game against RB Leipzig

Coronavirus also damages the brain: how the virus gets there