the British vaccine is effective at any age according to testing 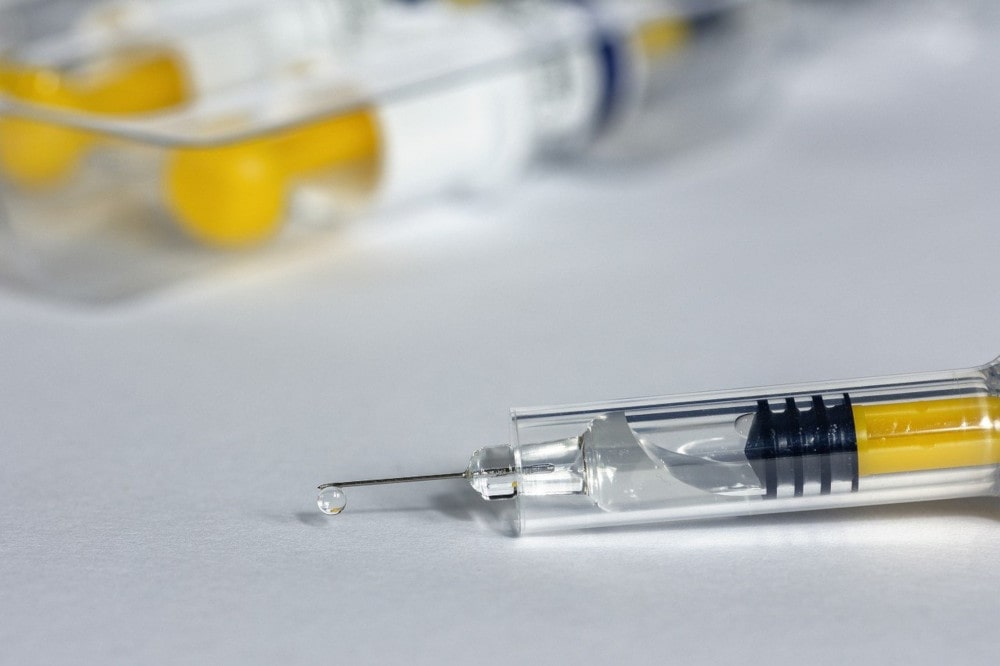 The COVID-19 vaccine jointly developed by Oxford University and the AstraZeneca laboratory raises new hopes. The product is in the process of successfully passing Phase 2 and 3 clinical trials, and the UK government recently announced that it could be introduced shortly after Christmas. New results confirm the efficacy of this candidate vaccine, in the elderly and in young people.

With more than 44 million cases and more than 1.16 million COVID deaths worldwide, treatments and vaccines for the disease are highly anticipated. The British formula currently being tested, dubbed AZD1222, produces a satisfactory immune response in patients of all ages, suggesting that this vaccine may protect the most vulnerable.

The body’s immune system, and therefore its ability to fight viruses or other pathogens, weakens with age. This is one of the reasons that the death rate from COVID-19 is higher in older people. Therefore, for this age group in particular, the effectiveness of vaccines under development is subject to uncertainty. However, the Oxford / AstraZeneca vaccine phase 2 clinical trials have shown that people over the age of 56, as well as those over 70, produce the same type of immune response as young volunteers.

Tests also showed that older volunteers generally have fewer unwanted side effects, which scientists refer to as vaccine reactivity. ” Results of Strengthening the Body of Evidence for Safety and Immunogenicity AZD1222 A spokeswoman for AstraZeneca said. The lab said the vaccine could be ready for limited use within weeks. ” We anticipate efficacy readings from Phase 2/3 trials by the end of the year, and if approved in countries, doses of the potential vaccine could be available before the end of the year. “The spokesman said.

AstraZeneca is therefore very optimistic, but most experts outside the company, as well as British Health Secretary Matt Hancock, expect it to be unavailable before 2021. However, the logistics involved It is necessary for the use of a vaccine – probably in the first half of the year – to be prepared. AstraZeneca has promised mass vaccine production, with a capacity of 3 billion doses, enough for 1.5 billion people worldwide to receive two doses. The lab has also signed agreements with manufacturers in other countries, such as India.

The AZD1222 vaccine is a so-called “viral vector” vaccine, made from a weak version of a common cold virus (coronavirus), which causes chimpanzee infections. If the latest results are validated, AstraZeneca could be one of the first pharmaceutical companies to receive regulatory approval.

Note that BioNTech and Pfizer, co-developing the BNT162b2 vaccine, are also in the process of clinical trials of their formula. Preclinical data has been submitted to the European Medicines Agency, which began evaluating this vaccine candidate earlier this month. BNT162b2 is an mRNA vaccine; it is currently in a phase 3 clinical trial in more than 120 centers worldwide and the preliminary results are also very encouraging.

The efficacy of prevention is yet to be proven

The final phase 3 trials of the British vaccine are underway in six countries: the United Kingdom, the United States, South Africa, Brazil, Japan and India. These extreme tests in particular aim to show a significant difference, in terms of the number of deaths, between vaccinated and non-vaccinated; this step therefore evaluates the effectiveness and benefit / risk ratio of the product.

Several tens of thousands of volunteers have been recruited. In September, AstraZeneca suspended the clinical trial due to an unexplained illness contracted by a British patient. After verification, the tests were finally resumed in several countries. On October 21, Brazil announced the death of a patient who participated in the study. But according to several sources, this person had not received the vaccine dose; she was in the control group, receiving a placebo instead of the tested vaccine. No other deaths have been reported to date.

So formula AZD1222 seems to prove its value. But Stephen Evans, professor of pharmacepidemiology at the London School of Hygiene and Tropical Medicine, points out that no conclusions about the effectiveness of the vaccine should be made until the data are published – indeed only the initial conclusions were shared during closed-door university meeting. Certainly, the immune response seems effective at all ages, but according to the expert, further trials are needed to test the clinical effectiveness of the vaccine in preventing infection. High levels of antibodies in the blood suggest that the defenses are active, but there is no guarantee that they protect against multiplication of the virus in the body.

If this vaccine is to be expected as the Messiah, many people believe that the first doses on the market will certainly not offer complete protection. At best, we can hope that the first vaccines offered will reduce the severity of the disease. This would already be a huge step forward, avoiding hospital admission and greatly reducing the number of deaths.

more than a million infected people in Germany

LIVE – Legend Diego Maradona is buried alongside his parents

What will Apple Black Friday look like in France? 🆕