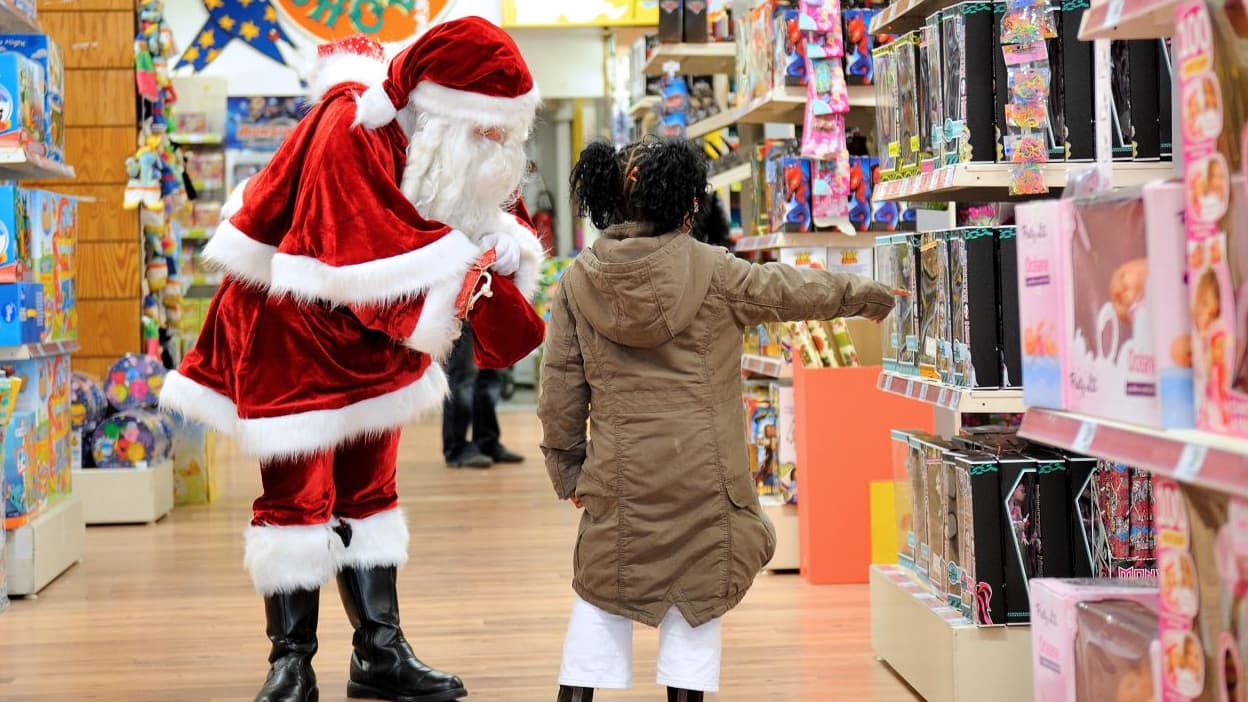 While some toy manufacturers claim they will have difficulty delivering all the toy products, retailers want to reassure parents and ensure stocks are adequate.

After the shops close, toys shortage? In recent days, some toy manufacturers have been sounding the alarm bells. According to them, because of the lock-up, many toys could not be delivered in time for Christmas shopping. Specifically Mattel, whose general manager Christophe Salmon assures at By Figaro that his company will not serve our country as a priority.

“We will not catch up in two weeks for the delay in distribution accrued in November, he warns. Our stocks are in Marseille. Every day, I have requests from other countries to transfer intended goods to France. that we had no visibility on the store reopening dates, I had to transfer part of it to other subsidiaries. Mattel toys will be missing in France. “

Indeed, some of the toy orders have not yet arrived in stores, which cannot stock them all. They should have arrived gradually in November but with the closure of the stores, the brands have asked the brands to pause.

“There are 40% of the toys that have not yet been delivered to us, says Romain Mulliez, head of PicWicToys. They are with the brands right now. But we also have a lot of products in our warehouses and should reach our stores. If we don’t reopen at the end of November, it will be difficult to get everything delivered straight away in December. “

While logistics are likely to be stressful, talking about shortages seems very premature for the time being. What confirms that Michel-Edouard Leclerc was questioned on the topic on CNews.

“It’s a pipe, assures the head of the Leclerc Center. I started to see in the newspapers that there would be problems, and not enough toys. It’s a pipe, e! Don’t rush! Go calm, there’s plenty of stock!”

Today for shops selling toys, the problem would be completely different, we no longer know how to manage our huge stocks. Specialty brands such as JouéClub and King Jouet recorded a 60 to 70% fall in November. They were able to limit break with online sales and click and collect which represented 30 to 40% of the activity.

And for supermarkets, the fall is even more spectacular. It stands at -80% for November. Online sales have hardly offset the closure of non-essential toy shelves.

“Toys must be, we must not exaggerate, secure Franck Mathais of JouéClub. Before the second slavery, we were really scared to bursts because production had been slowed down by the first addiction and the brands had been careful the purchases thinking that consumption would be strongly affected. But the re-restriction has changed the situation. “

With the closure of the stores, sales in the stores dropped and shifted to e-commerce. Online toy sales are at + 100% mid-November after jumping 140% at the start of the month with the redefinition. Consumers have already made part of their purchases.

And if there is a break, it will be on a limited number of directions.

“There are cuts every year,” notes Philippe Gueydon, Managing Director of King Jouet. Of the 8000 addresses we offer in stores, this is generally about twenty products, this year it may rise to 40 -50 but no more. On the Frozen collection for example, I might miss one or two references in December but that’s it. “

The problem could be about restocking. Because if there is no shortage, there could be breaks like every year on products that are in high demand. What happened in supermarkets in April with some food products. But if in the absence of pasta, you can eat rice, the problem is different with the toy. If you don’t have the right Frozen doll, you can fall back on Lego but that will be disappointing.

“Restocking will be more complex this year but it will be mainly related to supermarkets, according to Philippe Gueydon. The supermarkets have been deconstructed by closing their shelves and cutting the speed of supply to their suppliers.”

Supermarkets for which the toy is less essential will have a harder time avoiding breakage. Parents may have to be disappointed this year.