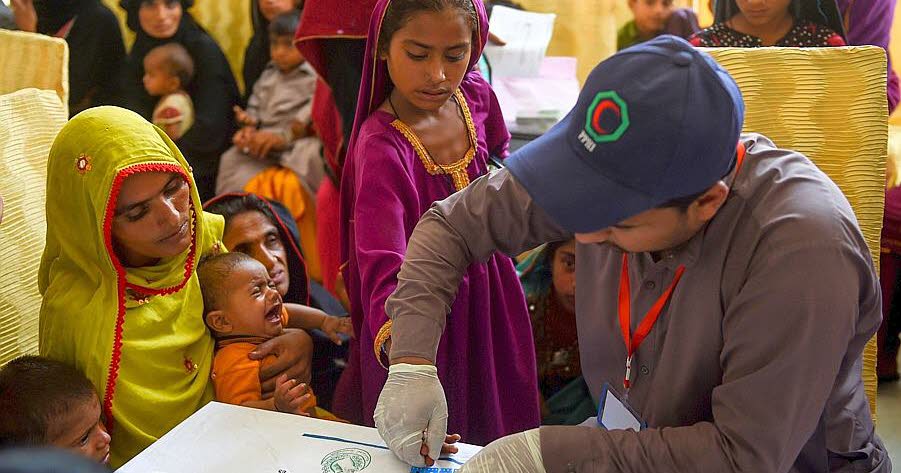 In a poor village in Pakistan, parents are still anxious for their children to be tested for HIV: hundreds of people in the area have recently been tested positive t after repeated use by a doctor of HIV. spray has been contaminated.

Police were sent to keep order among the time crowd as families flocked to the analysis center set up in Wasayo, near the town of Larkana in Sindh de province.

Anger and fear are evident in this village which is hard hit by the epidemic. The authorities say they do not know at present whether this is due to serious negligence or the practices of a malicious pediatrician.

According to officials, over 400 people, including many children, have been tested positive in recent weeks in the region.

Pakistan has long been considered a country with low HIV. But the virus is now spreading at a worrying rate, especially among people who are addicted to drugs and sex workers.

With some 20,000 new HIV cases in 2017 alone, the rate of spread of the disease in Pakistan is the second fastest in Asia, according to UN statistics.

The doctor who offends denies any intention

The country, whose population is growing rapidly, is already suffering from a lack of medical infrastructure, which has long been neglected by the authorities. Consequently, poor rural communities are particularly vulnerable to suspicious medical practice.

Researchers say that the doctor in Sindh himself is HIV-positive. Having been imprisoned in a dilapidated cell in the town of Ratodero, he denies he had deliberately vaccinated the virus for patients and complained of being kept in common with ordinary offenders.