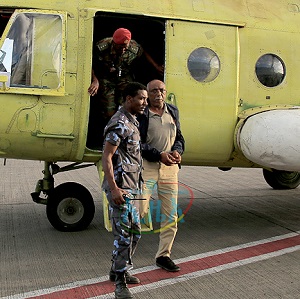 November 15, 2018 – Chief Director of Kinfe Dagnew, former head of Metals and Engineering Engineering (METEC), was the 10th criminal bench in the federal court today. It is said that he had requested an attorney appointed by the court to represent. However, the Big Court refused to apply for a public defense lawyer.

Chief Director of Kinfe said yesterday at court that he could not afford to pay for a defense lawyer. He said he had 4,000 bears as income and asks for a court-appointed public defender.

In opposition to a public defendant, the police were also presented as evidence belonging to the Chief Kinfe Manager – an 80,000 pound vehicle, a Bishoftu town house, and various shares in companies.

The court adjourned the next hearing until November 19, 2018.

However, the court received a request from Fitsum Yeshitila, another defendant and former Ethiopian Broadcasting Corporation (EBC) employee, to get a public defender.

She is accused of receiving 954,770 beats of TMETEC in an illegal sponsorship agreement.

He was held in custody by the police yesterday at Dukem, about 30 km to the south of Addis Ababa.