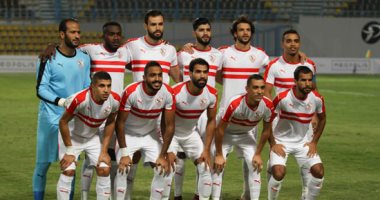 Zamalek coach, Christian Gross, has decided to give players a four-day break during Premier League holidays due to the national team involving Tunisia on 16 November as the 2019 African Nations Cup qualification.

Gros decided to go to Zamalek for training on Sunday morning, and then the players will leave for four days before re-starting training again on Friday.

Zamalek is preparing to meet Al-Nakhia on November 22 in the 15th week of the league competition, but the game is expected to be adapted due to the return of the national team of the United Arab Emirates before the match between Zamalek and inside only 24 hours.