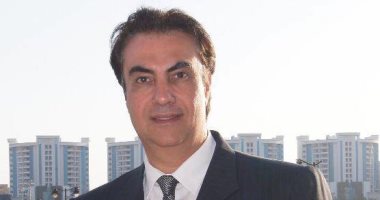 Al-Manstrali, a member of the Board of Directors of the Tourism Companies Chamber, revealed the direction of the Chamber towards creating a new committee for sports and therapeutic tourism, stating that the Chamber will take a new approach in its work through its new elected board of directors to serve & 39; the tourism sector in the coming period.

Al-Manstri said today in a press release that sports tourism is very important and can be invested by organizing sports camps for Arab, European and American teams in each game and games of boys and girls in establishing tournaments in each game in collaboration with different sports federations.

Al-Manstrali explained that this approach will help to open new markets for tourism companies and to make great tourist success by establishing tournaments and sporting activities in the Arabian world in Egypt, which means vogue and doubts in hotels and shopping and tourism for sports clubs and teams and the participating forces.

A member of the Tourism Chamber companies noted that Egypt is a feature of the sporting potential we need in sports and stadium sports clubs and stadiums and sports and Olympic cities in Cairo and the states.

He noted that medical tourism is the second type of tourism that will be covered by the new committee, which is an important element in the tourism system at present and should be focused on it, and by establishing a committee specialist, especially that Egypt enjoys tourism places Medical treatment and medical expertise of doctors and hospitals, operations and large and different medical surgery, in Egypt, cheap prices compared to any other country, especially in surgery and cosmetic operations and attachment of joints and supporting heart and others.

He added that Egypt had around 1365 places for tourism in the various governors of the Republic, such as Siwa Oasis, Hammam Musa and Ayoun Helwan. If invested, the best investment will attract a large number of tourists.

Al-Manstrali said that more attention will be given to medical and sport tourism during the coming period through the development of tourism programs for these activities. It is marketed in the international tourism interchanges and invites international media and overseas tour operators to visit Egypt and visit the hospital and sports venues.