Hassan Hosni reveals the secret of his acting mix 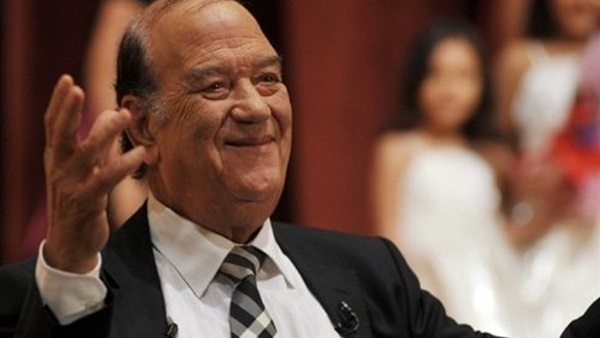 The artistic critic of Tariq Al-Shennawi began a symposium honoring Hassan Hosni as part of the first day of the 40th session of the Cairo International Film Festival. He talked about how much welcome he received to Hassan Hosni on the opening night of the festival. .

Al-Shennawi spoke about the book he wrote about the artist, saying, "The book is a huge effort compared to other books that I have presented.

He noted that it was rare to find an artist who demonstrates his humanity through his work, and this is what was found in all Hassan Hosni works. He added that he could call a "square artist" for him as an artist who works well in the four fields of theater, film, radio and television. They are all.

Artistic critic Tariq al-Shennawi went on to say: "Many comedians rely on some terms and idioms to make the audience laugh, unlike Hassan Hosni, which depends on creativity, and It is reflected in adopting Altea's director Altebra in a lot of work. Inspire any scriptwriter or director. "

Mohamed Hafsa, president of the festival, confirmed that this honor is not a tribute to the artist Hassan Hosni, but to the festival. He thanked the great artist for receiving this honor that came after the consensus of the selection committee to give him the prize.

"Hassan Hosni has a lot of credit for the people of my generation after 2000, and it helped us many, be artists, directors or producers, for example, as a producer who sometimes carried out courtesy and unexpected actions Another. We must rediscover their work and roles. "

Mohammed Al-Adl producer, who was attending the symposium, the artist Hassan Hosni described as "my character", saying: "You are a favorite of this generation, in the artists or artists, artists or tragic directors, over the past 20 years. Thanks for everyone you have. "

The justice explained that Hassan Hosni is the only monk who has not received any objection within the selection committee, as some of the other names that we have found some suspicions or comments, contrary to what was discovered when giving your name to honor this year.

The artist Hassan Hosni began his speech by expressing his happiness at the festival and the wonder of the opening ceremony. He said that Cairo's honor can not be lost because of its history and its great heritage, and we should take pride in Egypt as the oldest country offering cinema in the Middle East.

In an interview about his roles and artistic history, Husni said: "Throughout my life, I'm not looking for my name to be in the tunnels. The most important thing is the value that I offer through work. Sometimes, the first page of the next page was given and I rejected it. It has one scene and leaves a circular effect in the movie "The Hagam". No-one can abolish my role of the movie. So I want to experience in the watchler's memories after all the work I do and not as a white page from front. "

In terms of the best actors and comedy that he influenced them, he emphasized that the generation of previous comedians had influenced him, and I am the teacher he has learned from last generation, not in the tradition or repetition of the Elephants they offer, but in the way of performing and expression. I put it in the personality and let it lead me, not the other way, because I started to introduce the bad role with the great director Altea Altea, and then all the characters and I presented in that framework badly, so I follow the way that stops me in the character and I live all its details as if it were. "

In terms of the question of one of those who attended whether any role had been provided in advance and who wanted to provide it, "he emphasized that many roles have dreamed about providing roles in the world's theater, in terms of the Ability to offer any role for representation or money alone, Unlike, he told the film director "The Thief of Joy" Dawood Abdel-Sayed that he was ready to present the role even without a fee, despite his role in the most expensive role.