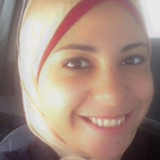 In celebrating his second title with Al-Ahly, South African Betso Mosimane, the first-team coach of Al-Ahly’s club, lifted the Egyptian Cup high, just days after celebrating the African Champions League title for the second time in its history.

Musimani took over Al-Ahly’s training for a long time, as the South African coach sat in the technical leadership seat two months ago, when he decided on the African Champions League, which had been absent from the red team’s treasures for 7 years, and won the World Cup Egypt, too, was absent for two seasons.

South African newspapers shed light on Mosimani’s achievement, having been crowned with Sundowns (his former team) in the League, South African Cups and Telecom, he carried out with Al-Ahly two more tournaments to raise his account of tournaments to 4 besides participating in the Egyptian We League celebration, which Al-Ahly settled before he came Under the leadership of Renier Weiler of Switzerland.

For its part, another newspaper called “thesouthafrican” said that 2020 for Musimane is not as bad as it is for many people.

He added that this year he will be included in the “Mosimane History” after winning five tournaments with two different teams.

He explained that Pitso’s team secured a dramatic victory over Al-Tale’aa El-Geish through penalties in the Egypt Cup Final, bringing the 56-year-old coach to 5 tournaments in one season.

And noted that Musimane has a chance to increase the number of titles, when he faces Moroccan club Nahda Berkane, the Confederations Cup champion in the African Super Cup.

Another newspaper, “Africa Sports”, highlighted the statements made by Musimane after winning the National Cup.

Musimani was quoted as saying that this generation was trying to write their name in the club’s history, like the golden generation of Mohamed Aboutrika and his associates.

For its part, the “soccerladuma” newspaper said that Pizzo led Al-Ahly to win another title after he led the African giant to win the Egypt Cup after defeating Tala’a Al-Jaish.