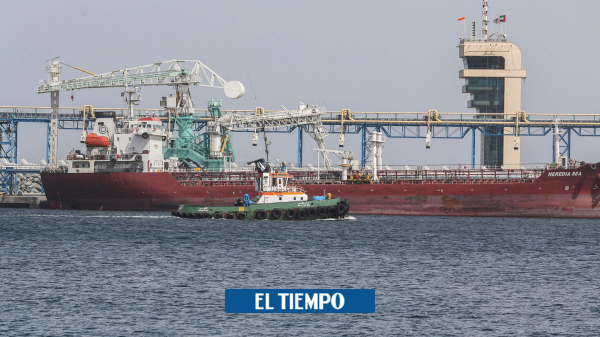 Due to oil prices, the next few months can be better for Colombia exports. This is clear of a price scenario introduced by Mikkal Herberg, a professor at the School of Global Policy and Strategy at the University of California in San Diego, California.

During his speech at a geopolitical and energy workshop organized by the Americas Institute, the center of mind of the industry, the academic said, among other proposals, the barrel prices of raw could return in the next 12 months to levels from October. Last, when they had been located on 80 dollars.

The oil barrel Brent, the address for Colombia and is quoted in Great Britain, stood at $ 70.96 on Wednesday. and it has arisen due to international volatility and trade tension between the United States and China, among other geopolitical factors.

The academic referred to 12 reasons that would boost the price of oil at that level, including the growth of the world economy and slow progress in the supply of crude oil. "Geopolitical risks accumulate", Herberg said in his speech.

One of the reasons is new US sanctions to Iran, which is eliminating or removing 1 to 1.5 million barrels a day from the world market, estimated at around 100 million barrels t a day.

The decline in oil production in Venezuela is also among the academics' arguments to consider that the price of a barrel of raw will rise to that level. The neighboring country has reduced its daily production of nearly 3 million barrels a day to around 740,000 barrels a day in recent years.

For his part, Raúl Gallegos, analyst Control Controlks for that country, said in his speech even with a political and business opening in Venezuela it would take between 5 and 10 years and 20,000 million dollars of investment, to give Venezuelan infrastructure to a production of 700,000 barrels a day.

The firing of missiles from Yemen against the Saudi Arabia infrastructure, the country with the largest oil production in the world, has also boosted the price of oil.

It should be remembered that since 2015, a coalition led by Saudi Arabia has launched a military campaign to support the Yemeni government, and a rebellious group of hutie names often bomb different areas in Saudi Arabia with short drones and missiles.

Oil pipeline problems in Nigeria, the high use of installed capacity in Saudi Arabia itself and Alliance Institute of Petroleum Production Countries (OPEC) with Russia -The country that is outside this organization but has agreements with it – is becoming another machine of crude price, according to Herberg.

Saudi needs to raise revenue and the slow growth of US productivity, due to limited pipeline infrastructure capacity, also puts pressure on prices.

These are the forces that would make the oil increase

According to analyst Herberg's figures, Colombia could see the recovery of its oil exports, t a total of 3,717 million dollars in the first quarter of this year, 38.7 per cent of the total, which was 9,589 million dollars, according to the Dane.

In 2018, Colombia registered a production of 315 million barrels of oil, 57 per cent of which was exported and 43 per cent used for domestic use and processes in the Cartagena and Barrancabermeja reservoirs.

The estimates also show, for every dollar an increase over the quotation provided by the Government on oil price, t This boosts the country's annual income by about 400 million dollars.

He was forced to sell his PlayStation 5, after his wife discovered he was not an air purifier

A thief steals without getting off his motorcycle; whipped north of Bogotá