Nadal beat Tsitsipas and will play the Masters Tournament semifinal 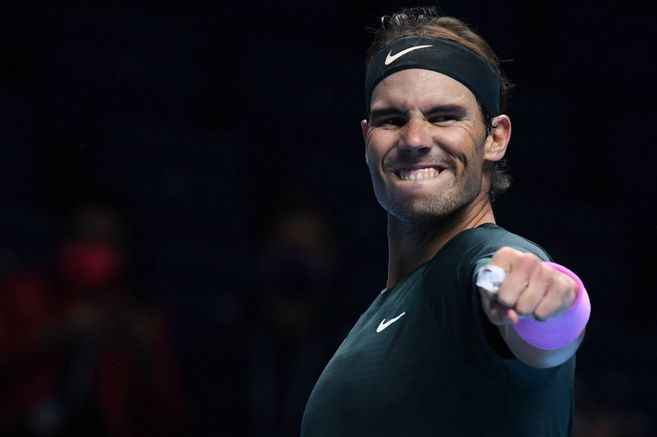 The Spanish tennis player will now face Daniil Medvedev from Russia. At the other key, Austrian Dominic Thiem awaits the opposition of the duel between the Serbian Novak Djokovic and the German Alexander Zverev.

Spanish tennis player Rafael Nadal, second in the world rankings, qualified this Thursday for the Masters semifinals at the end of the season in London, after winning on his group’s third and final day against Stefanos Tsitsipas of Greece, 6-4, 4 -6 and 6-2.

Tsitsipas, the promoter of the last issue of the ‘Masters Tournament’, is eliminated after this decisive contest, which allowed Nadal to take second place in the ‘London Group 2020’, which will allow him to play on Saturday in the semifinals against the winner. from the other key, the Russian Daniil Medvedev.

“Overall, it was a very positive game for me,” Nadal said. “Being in these semifinals, in the final tournament of the year, is important. I’m happy about it and I’m already thinking about the semifinal duel against Daniil, ”he said.

Nadal desperately needed a win this Thursday to continue the lead in the tournament, after his defeat Tuesday against Dominic Thiem, who qualified that day for the semifinals, also guaranteeing group leadership anyway and happened on the third day.

The Austrian (3rd in the ATP ranking) played completely relaxed in his duel on Thursday in the British capital, where he lost to Russian Andrey Rublev (8th), already eliminated, 6-2, 7-5.

Thiem will meet his semi-final opponent on Friday. The world number one winner will be Serbian Novak Djokovic and German Alexander Zverev.

With his victory this Thursday, Nadal continues as he searches for what would be his first title at the Masters, a tournament where he has made the finals twice (2010, 2013), but with losses on both occasions.

Nadal has yet to release his record in this competition, a figure that contrasts with the six titles of Roger Federer and five Novak Djokovic, two major contenders of his career.