Miguel Ángel Bezos: the history of the Cuban refugee in the United States, the father of the founder of Amazon 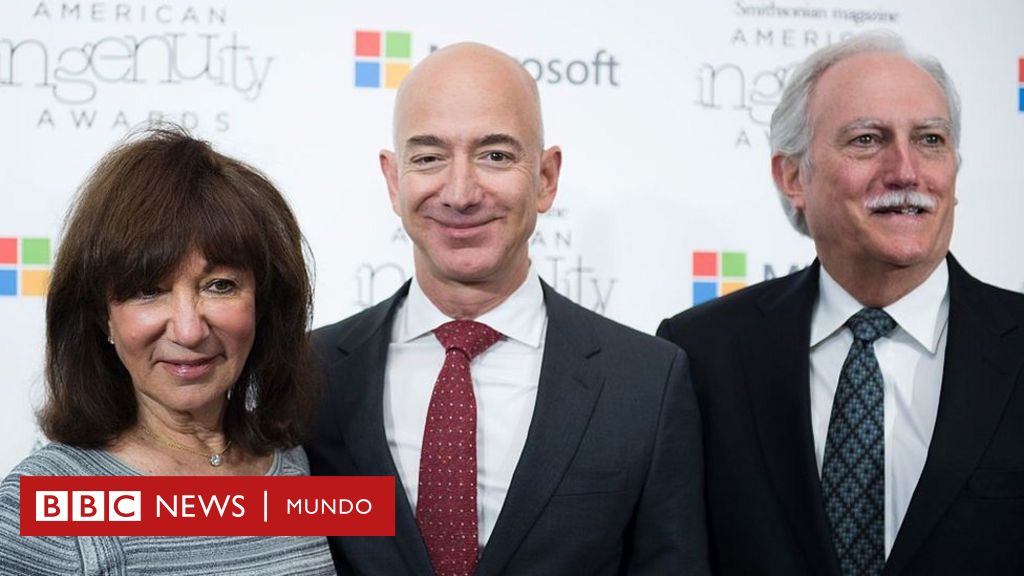 With 16 years, without knowing an English word and planning to become a refugee. That's the story of many of the Latin Americans who come to the United States in search of a better life and it is also the story of Jeff Bezos's father, considering the richest man in the world.

At a time when immigration is subject an intense and controversial argument In the country, Bezos decided to publish a video telling the story of his adoptive father to celebrate "his" star: the one who will take his name from now on in the Statue of Liberty in New York.

Last week, the new American emblemic woman's museum was set up with input from the founder of Amazon, among other gifts, according to US media.

"As a refugee, when you leave your country, you always think you can go back. I'm Miguel Ángel Bezos and I was born in Cuba"This is how the video Bezos published on social networks begins and tells the story of his father's journey to farewell to the island until he reaches the US plane and his successes. t in his new country, a story that is part of the one shown in the museum.

"When he came here from Cuba at the age of 16, he was not alone, he was only Spanish, his courage, his determination and his optimism were inspiring," Bezos said on Twitter as a video presentation.

Publishing the images coincided with the publication of the images immigration plan proposed by President Trump, which prioritises highly qualified candidates with good English, at the expense of those with family in the country.

With a jacket made of cleaning cloths

Miguel Ángel or "Mike" Bezos was born in Santiago de Cubaand his parents, his brother, his sister, and the many cousins ​​who came from other parts of the island to study in his city, as he explained himself in an interview that gave to the American History Museum in 2016.

His father was an entrepreneur, "without formal education but with an extremely risky mind". He owned a sawmill, which appeared in the video distributed by Amazon with the name of the family.

And his mother had a shop selling baby clothes and fabrics.

His situation began to change with the advent of Fidel Castro.

"In the first place my parents were supporting Castro, few people in Cuba did not do that at the time, most wanted to get rid of (Fulgencio) Batista", he remembered in the interview with American History Museum.

But after the success of the Cuban Revolution and the departure of Batista, they changed their minds, especially after the deportation of the family sawmill, he said.

"More or less at the time, the schools were closed and reopened with a new curriculum to reflect the communist, socialist history." My family decided to take me out of school and I started working with my father until he was nationalized. the nature of the idea to take me out of Cuba", explained in the above interview, published on the museum website, administered by the Smithsonian Institute.

Miguel Ángel would eventually be one of the 14,000 children sent to the United States as part of the t Operation Pedro Pan from the 60s.

When it was not even two years after the Revolution's victory, some Cuban parents were afraid of the worst of their children in the new regime, explaining BBC World journalist Luis Fajardo in a program. a document which elaborated on this chapter of Cuba's recent history.

"He warned rumors, according to some commentators from the US CIA, that the island's communist government had planned t taking children into custody, sending many of them to the Soviet Union for their abuse, something that didn't really happen, "said Fajardo.

In this context, contact was made with a hidden network of connections between families who managed to send their children to the United States to distance them from what they considered to be a "danger". close communism ".

"My parents were not allowed to come with me to the airport, so they left me there. I got on a plane and landed in Miami 45 minutes later. I remember that everyone on the plane had started to approve, "Miguel Angel said in the video shared by his son Jeff Bezos.

Few could take him with him from his land: three shirts, three corners, a pair of shoes and one of the property most valuable who currently keeps, the jacket made by his mother.

Thinking that the United States would be cold, remember the founder of Amazon, Miguel's Angel made a jacket for his son to be warm: he was done with cleaning cloths, Bezos said in the video on this currently. image of the garment, blue and similar to a cotton jacket.

On his arrival, Miguel Ángel was transferred to a refugee camp in Florida, the Campo Matecumbe, which was then home to about 400 children, according to his story.

After that, he received a scholarship for Cuban refugees and he was sent to Wilmington, Delaware, where he started secondary school along with a cousin who also had to send it to the United States, with a very low level o English is still.

"You learn a language very quickly when you are immersed in it. T My quarter grades improved by quarter", remembers the father of Bezos.

"There wasn't much feeling against refugees or immigration at the time, but obviously you always get yourself some negative feelings (towards you) One of my friends was the only Cuban on the high school football team and made many friends in America. He taught us a lot about America's way of life. "

Bezos then received a scholarship to attend Albuquerque University in New Mexico, where he met Jeff's mother Jackie.

The two would eventually marry and Michelangelo He decided to adopt his son, Jeff.

He graduated in mathematics, although he also studied mechanical engineering, and got a job with the largest oil company in the United States, Exxon Mobil, in Texas.

From there and about three decades, Bezos occupied various engineering and management positions in the US and abroad, a travel career that shared with his wife and the three children they would eventually get.

For the founder of Amazon, his father's trip to the United States "shows how people come together to help each other". For Michelangelo, there's a proof of what "amazing"

"I look back and … I've been living the American dream for 30 years, it's very amazing."

Now you can receive notifications from BBC World. Download the new version of our app and implement them not to lose our best content.do.