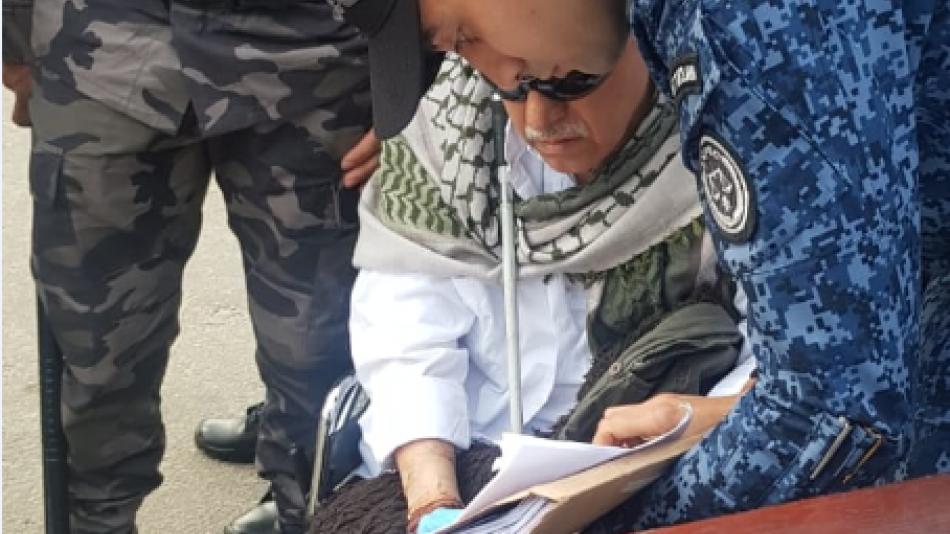 Less than 24 hours of the turmoil experienced this Friday by the short relief and recapture of Seuxis Paucias Hernández Solarte, alias Jesús Santrich immediately, the former head of the Marque was transferred for two o'clock this morning to Méderi's hospital in Bogotá by the bunker of the Prosecutor's Office.

EL TIEMPO knew that Santrich had received medical attention throughout Friday night and that an ambulance was already waiting for him in the bunker when he decided to transfer him to the clinic after he had registered an abnormality in his tension; it is not a matter of seriousness but of prevention.

The National Institute of Legal Medicine and Forensic Sciences confirmed this information with a statement explaining, at the request of the Office of the Attorney General of the Nation, to make a personal injury assessment for Jesus Santrich on Friday, May 17 at 10:30 p.m. who confirmed the presence of wounds stitched in his arms.

The transfer to Méderi's hospital would suggest that the hearing to legalize charges against Sántrich would take place at that medical center, t as the Prosecutor's Office has 36 hours from the time of re-capture that took place on Friday to do so.

EL TIEMPO also established, in the medical center, that an extreme safety plan was in place to prevent Santrich from going against his own life.

At present, the Esmadi hospital surroundings are protected by Esmad units.

On Friday, May 17, after Santrich's recovery, two doctors performed an assessment at the Attorney General's Office facilities between 21:23 and 22:42, according to an official medical concept obtained by EL TIME.

As well as highlighting the self-inflicted wounds on the lines, doctors also assessed their mental health and found it by then. it was "drowsy, refreshing with effort, confusing, confusing in time and space", "with unattached language" and "with visual hallucinations", a reason why the same medical part finds it with delirium. For these observations, they were asked to transfer to the emergency department.