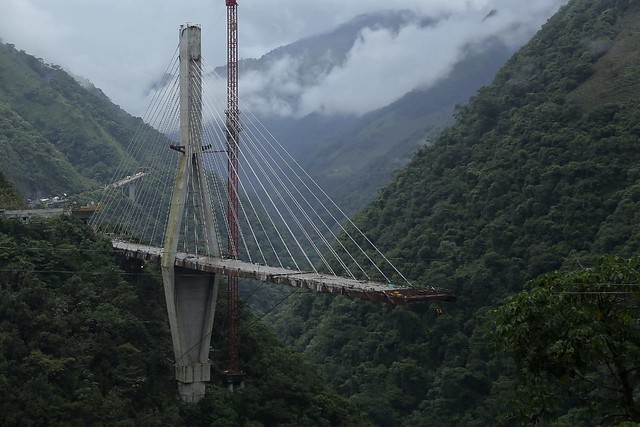 Alberto Mariño, manager of the Concesionaria Vial de Los Andes (Coviandes), announced the value of the new Chirajara bridge on the road to Lano, amounting to $ 96,000 million and said there was enough box to start again with this project, so they will not have to resort to credits or partners.

In addition, Mariño explained that the bridge insurer had fallen recognize about 35% of the total value of the new structure.

In the days gone, Coviandes revealed that the reconstruction of the Chirajara bridge will begin within five months after stacking B.

VIDEO- This will be the new Pont Chirajara

It is anticipated that the work will be submitted 27 months, have counted from October 9, the date the contract was signed between Customs to the Eiffage Consortium, a French company with 170 years experience in the engineering and construction sector.

How will the new designs be?

According to Jean – Louis Servrankx, President of Eiffage Infrastructures, "the bridge will count with 446 meters long and I'm located in 150 meters above Chirajara cemetery"

He also explained that the company "had worked on a safe and controlled design, with methods that have been designed and tested by the experience of our group and a reliable and modified schedule. " Servrankx emphasized that there were around 150 people that will be a part of the work "constant security"

Among the specifications techniques disclosed by the stated company "it will be a cables bridge that respects the original concept, it will have shaped shapes Y with a cross-cutting beam post-tension under the table (crossbar)"

He also explained that "everyone the braces fit with the tilt of arms and the tower. The pile will be incorporated into the current base, which will reinforce to accommodate the new structure. "