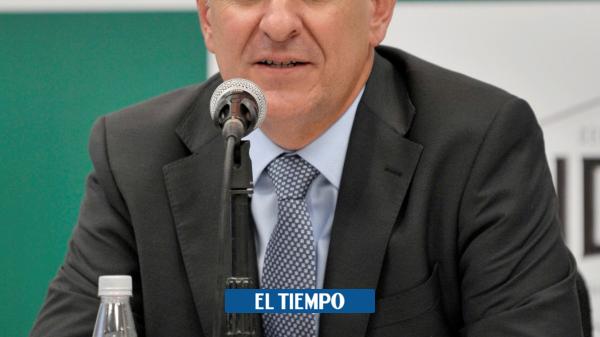 Direct market leader competition, Bavaria, with Postobón Group – a company of the Ardila Lülle Foundation, which, between 1995 and 2002, had tried to disillusion with the Leona brand – and CCU, Chile's drinks company.

Central Cervecera, Mauricio Medina Yepes, says so far that they are using the plant for the local Andes brand, but by 2020 they could start producing foreign stamps.

In dialogue with EL TIEMPO, the manager He referred to the company's direct plans, such as producing other beer brands, a process that will start next year. as well as the goals of producing and selling the company, which only during the first month of operation leave it with a market share of 2 percent.

Why are they investing in a sector where there is a big producer?

Certainly, the size of the market is attractive in the beer industry in Colombia. It is one of the countries that could be in the top 15 market sizes worldwide.

It is very interesting to offer more alcoholic drinks to the Colombian market.
.

That is, do not try to delete the participation from the first competitor?

We are interested in developing the market, being close to and from the consumer we will undoubtedly have aspects such as growth and specific participation.

What features make the plant the most modern in South America?

We incorporate the latest technology in the manufacturing processes, packaging and all energy and consumer services.

What participation are you aiming for in principle for that market?

When will they have more brands, be they local or overseas?

Since January, Andina's production began and we will gradually incorporate the international brands, a process we hope to do over the next year.
Will they produce Miller Lite and Miller Genuine draft brands?
The Molson Coors contract with Bavaria is coming to an end at the end of this year and it is considered that we can produce them locally.

We do not declare goals for this year, but we have been growing at an important rate. Andina was in her first month of commercialization of a share of the market 2 per cent.

Is 2 percent of the market to arrive by biting participation to the leader?

No, it's one of the categories that grow most here in Colombia.

Could they launch a new brand?

We will always be ready to approach our users, and if we see opportunities for new brands and products, we will be ready to develop.
We currently have a portfolio of seven stamps, as well as Andina; They are Heineken, Tecate, Miller Lite, Sun, Coors Light and Miller Genuine Draft.

Is the objective just the local market?

We have a installed capacity that gives us a lot of emphasis to the national market, but we are open to the possibility of exports. To the extent that we see these opportunities we will be ready to open, either for new categories or brands or products developments.

Will price war with Bavaria?

In general, the Colombian consumer, customers and suppliers will benefit from a new player's access to the market, as it creates the possibility of having other brands close to their tastes.

Central Cervecera de Colombia was established this Friday in the municipality of Sesquilé, Cundinamarca, as it is one of the most modern and sustainable plants in Latin America, producing around 2,000 jobs. "I believe in entrepreneurship because here's the way we get the resources to make social transitions," President Ivan Duque said, during the establishment of the factory, which had an investment t of 400 million dollars.

The project, which started in 2014, is the result of a process where information was transferred to produce better beer and trained the work teams involved in the process, according to their directives. .