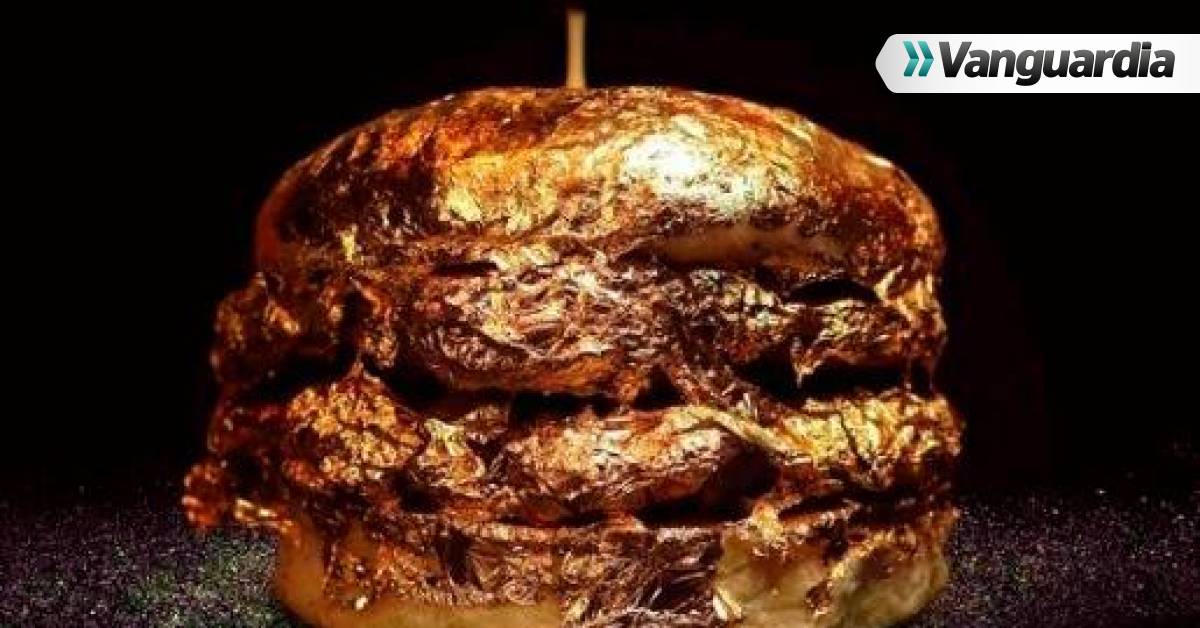 A gold-plated hamburger, priced at $ 200,000, has caused controversy in Bucaramanga in recent days.

The Santander restaurant made this impressive launch last Friday. It has since sparked debates on social networks with comments like these:

– “Worst of all is that there will be an audience for the gold burger with the few pants people on the Santander sides of the pond.”

– “A hamburger dipped in gold to be filled with tartar and pineapple.”

– “And now imagine how happy they will be because they have a golden burger and a direct route from the city to the US.”

Faced with this debate, Vanguardia communicated the Marketing manager of the restaurant offering the golden burger and stated that this brand is not in favor of gold exploitation at any time, as has been the case in social networks.

“We are a restaurant of experiences, we not only sell hamburgers but experiences.

We remodeled during the pandemic to make it more comfortable, we decided to get different products and so the idea of ​​washing a hamburger in pure carat gold 24 was born, the idea is that people can enjoy that special moment, something different , what better way to give it a luxury product ”.

But what does this hamburger have for its price to be $ 200,000? According to the marketing manager, the product has double beef, bacon, onion, bread and a 24k edible gold bath, as well as other ingredients.

“It’s real, edible gold, it’s imported, here in Colombia you can’t find a supplier of this kind of input. It’s very common and very normal in other parts of the world, gold creams, gold meat, we decided to give our customers a different experience, it’s a Premium product ”.

So far, according to the manager, the product has met expectations, with only four days on the market, at both points in Bucaramanga and at both in Bogotá.

“Actually the argument is made by the same people, that is, everyone thinks, decides or has an idea of ​​what may or may not be controversial, which has nothing to do with Santurbán, nor to exploit the moors, I repeat, It’s imported edible gold that comes in sheets.We don’t support anything at all, it’s a unique product like a ring, some earrings, nothing of its place, we don’t support fracking or anything like that, it’s simply a product matted in edible gold, we don’t see anything different ”.

The truth is that the hamburger announcement on Instagram already has more than 170 comments and more than 2,600 likes, in addition to hundreds of comments from Twitter users.