The car has gone to the family. Is there a "small plane" far behind? -Zhongxin.com

The car has gone to the family. Is there a "small plane" far behind? 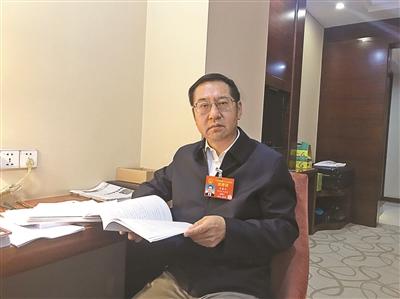 Regeneration based on the North East

It is recommended that general aircraft be developed

Beiqing Daily: Why are you worried about general aircraft?

Shi Jiaxing: When I was the head of the Harbin Pingfang Area, the AVIC Group AVIC services. During my time as a deputy mayor, I was responsible for attracting investment and learning about the general workplace flight industry. But the main reason for this suggestion is Still based on the regeneration of the North East.

At the same time, if general aircraft are developed, product can also be achieved in a non-geographical air condition. Therefore, I believe that the general aircraft industry has great potential and broad prospects.

Beiqing Daily: What is the path to develop general aircraft?

Shi Jiaxing: First of all, we need science and education and design and research base. Secondly, manufacturing and manufacturing initiatives are needed. In addition, it needs to operate the company and expand market. Of course, the most important thing is to get corresponding talents and general airports.

The Heilongjiang base is very good, the area is wide, and there are more than a dozen regional airports. The Harbin Technology Institute and other scientific research strengths are strong, especially Harbin has been approved by the first consignment of 26 comprehensive display zones in the general aircraft industry.

Beiqing Daily: Will there be an urgent situation?

Shi Jiaxing: This is necessary to make full use of the successful experience of the development of rail and large-scale aircraft. At the top level design level, we need to strengthen the productive space, further clarify the policy direction, and provide areas with an industrial base, talent and potential market reserves. Tilt.

General flight is the tendency of times

"Small aircraft for the family are not a dream"

Beiqing Daily: How to see the cost and safety of the aircraft to the family?

Shi Jiaxing: General aircraft are an emerging industry in China in the future. This is the trend of times and hot space for emerging and emerging investment areas. As well as fast and civilian railways, I believe that there is another important way of transport that is a general flight. The car has gone to the family. Is there a "small plane" far behind? There is no need to worry about a flying driving license. To believe in the market power, after the air space has been released, the relevant industries will follow.