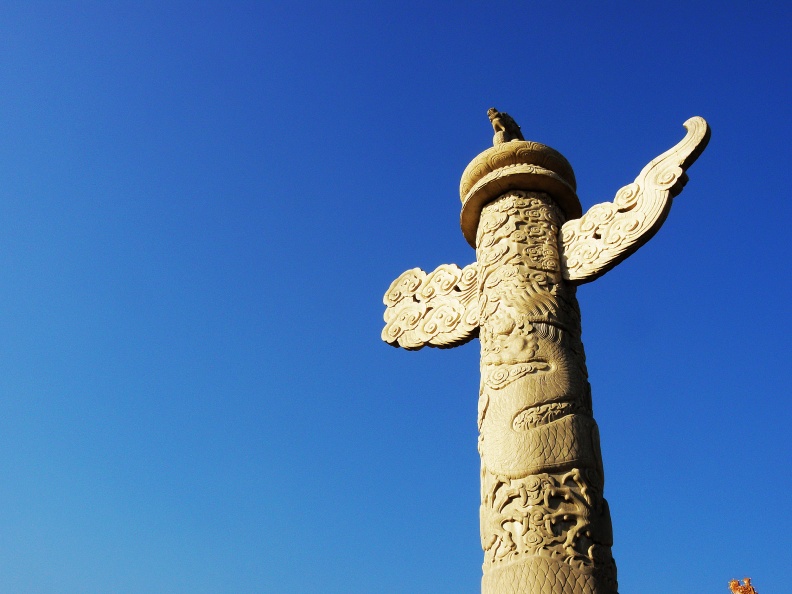 The report says that continuing to implement a prudent financial policy does not mean that the financial conditions will remain unchanged, but that it should optimize the dynamic and anti-cycling adjustments according to the situation's development, relatively smoothly the circular variations the economy, and prevent overlap and money in the period up. Inflation, in the downturn against the economic downturn and defense.

The central bank announced the China Financial Policy Implementation Report for the fourth quarter of 2018.

The report states that the sound financial policy will remain tight and moderate in the next phase, strengthens the anti-cyclical adjustment, take advantage of a macro-control degree, and ensure a comprehensive balance in a host of objectives.

Since 2018, the global economy has continued to improve overall, but the external environment has had significant changes and uncertainty has increased. The Chinese economy maintains strong resilience, but in the new and old kinetic energy conversion phase, long-term accumulation of hidden risk risks has increased, and the difficulties of financing small businesses and small enterprises and private enterprises are more prominent, and The economy is facing down pressure.

In view of the internal and external situation of stability, change and worry, in accordance with the use of the Central and Central Council of the State Council, the People's Bank complies with the general tone of constant progress, implements a prudent financial policy, and complies with The basic requirements of the real economy of financial services. Proactive, innovative, and detailed development, which is looking forward to adopting a series of anti-cyclical adjustment measures to encourage financial institutions to increase support for the real economy, especially for businesses small and small enterprises and private enterprises, and strive to alleviate capital and liquidity. And the restrictions on interest rates, etc., dredge the transfer of financial policy, and take advantage of the balance between internal balance and external balance, and create a financial and financial environment suitable for structural reform supply and development side of high quality.

First, by operating the reduction that has been targeted by RRR and facilitating a medium-term loan (MLF), the medium and long term liquidity supply will increase, and the liquidity will be quite extensive. The currency market interest rate will generally decrease and will be transmitted gradually to the real economy.

Expand the scope of tools such as MLF, increase the amount of refinancing and recount by 360 billion yuan, reduce a small rate of refinancing interest rate of 0.5 percentage points, expand the scope of supporting small loans and support initiatives, and create a medium-term loan facility ( TMLF). According to the financial institutions' support for small enterprises and micro-enterprises and private enterprises, they will provide long-term fixed reserves at favorable interest rates. Promote the use of continuous bonds such as developments, add commercial bank capital through multiple channels, and create central bank bills (CBS) exchange equipment to provide liquidity support for banks to give permanent bonds.

The third is to adapt and improve the macro-prudential policy promptly.o

Give full play to the anti-cyclical adjustment and structural direction of the Macro-Prudential Assessment (MPA), and add special indicators such as small enterprises and micro enterprises and the financing of private enterprises and debt equity exchanges in the macro-prudential assessment to encourage financial institutions to increase their support for the real economy. . Introduce new regulations for asset management and promote its smooth implementation.

In general, adjustment to the financial policy has taken advantage of the balance between supporting the real economy and balancing internal and external balance. It does not undertake "major flood watering" when serving the real economy better and promoting the stable and healthy development of the national economy. o

The banking system's liquidity was quite pretty, and the loans increased significantly year on year. The growth rate of broad money (M2) and social financing rates is basically equivalent to the nominal CMC growth rate, and the macro gluing ratio remained stable. Since 2018, the M2 growth rate has remained above 8%; RMB loans have increased by 16.2 trillion yuan, an increase of 2.6 trillion yuan a year after; The stock of social finances at year end increased by 9.8%. From December 2018, the interest rate on weighted average corporate loans has decreased for four consecutive months, a cumulative decline of 0.25 percentage points. Among them, the interest rate of micro-enterprise loans has fallen for five consecutive months, a cumulative decline of 0.39 percentage points. At the end of the year, the RMET CFETS exchange rate index was 93.28, and the RMB exchange rate is expected to be generally stable. The national economy continued to operate in a reasonable range. In 2018, GDP increased by 6.6% year on year. The use played an important part in stimulating economic growth. CPI rose 2.1% year on year.

In the forecasts for the future, the central bank said:

Looking forward to the next stage, more favorable factors for the Chinese economy maintain constant development. The adverse risks to global economic growth have increased, but the overall situation continues to improve. The IMF forecast for economic growth in 2019 is the same as the previous years average. China's development is still in the venture and will be in a period of important strategic opportunities for a long time. The three major battles started, the supply side reforms were deeper, the reform and the opening increased, the lives of people continued to improve, the economy continued to develop a healthy and general social stability was stable, and economic growth had potential and resilience. Moving domestic demand on the economy arises, the emerging industries are thriving, transforming and upgrading the traditional industries is good, & # 39; r economic structure continues to be optimized, and the employment situation remains stable. In 2018, the urbanization rate has increased by more than one percentage point. Urbanization, the service industry, the high-end manufacturing industry and the upgrade of usage still have a large room for development, and the space for moving is relatively large. The effectiveness of financial risk prevention and control has become apparent, and the macro cooking ratio has stabilized. In 2018, the comparison between M2 and China GDP dropped 3 percentage points last year. At the same time, financial support for the real economy is relatively stable, and the effects of a series of recently introduced anti-psychological adaptation measures gradually emerge. According to the China People's Bank Entrepreneur Questionnaire for the fourth quarter of 2018, the macroeconomic heat index and confidence index dropped slightly year to year and quarter quarter, but still remain high in the years Last, and the business climate index has increased from the previous month; The urban depositors survey indicates that the experience index and expectations of the employment of residents rose just a few months ago and remained at a relatively high level.

It should also be noted that the international environment and domestic conditions facing economic development have intense and complex changes. In the process of promoting the delivery side structural reforms, there will be difficulties faced with some difficulties and challenges, and the economic deed will be stable and change. Worried The accumulation of long-term risks is open, and the economy still faces downward pressures. From the perspective of the international environment, the world's economic situation is complex, geopolitical risks are still bigger, and there is uncertainty in the financial policy trends of advanced economies. Trade bredaries also bring more uncertainty to a future export situation, which can cause external demand for the economy. The marginal removal is weakened, which may also affect investor contribution and exacerbate the volatility of the financial market. From domestic perspectives, traditional pillars such as real estate and automobiles have gone to an adaptation period. Most new formats and new kinetic energy are still weaker than the traditional pillar industries in size. Growth of usage is relatively weak, and further economic growth momentum needs to be improved further. The effective financial demand of enterprises has decreased, and the financial appetite of financial institutions has declined, and are also subject to some restrictions.

For the next phase of work, the central bank said:

In the next phase, the People's Bank of China will follow the guidelines of the Central Plaid Committee and the State Council, taking the new era of Xi Jinping from socialism with Chinese features as the guide, adhering to the general tone of constant progress , complies with the new development concept, continues to promote high quality development, and demand supply. The main line of structural reform is the main line, focusing on three types of real estate service, the prevention and management of financial risks, and the deepening of financial reforms, and the innovation and improvement of macro-financial management. Close financial policy remains relatively tight, strengthens anti-cyclical adjustment, takes advantage of a macro-management degree, and ensures a comprehensive balance among many objectives. Strengthen policy co-ordination further, displace financial policy transfer, and innovate tools and financial policy mechanisms to further improve the capacity and willingness of financial services to the real economy. Between the implementation of a prudent financial policy, improving the vitality of the micro-subjects and the role of the capital market, a triangular support framework was formed to promote the merit cycle of the national economy as a whole.