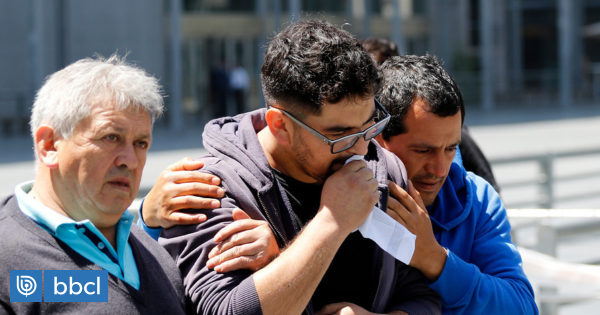 Eighth Court of Santiago Warranty decided to grant the suspend the procedure conditionally a Víctor Fuentes Norambuenafather a two-year-old boy who died in a car in Ñuñoa.

The event took place in December 2017, when Fuentes arrived at San Agustín school where he worked with his son, To move half an hour later to your nursery school.

Anyway, the man forgot that he had left the child sleeping in the vehicle, realizing in the afternoon when the child had already died to suffocate the high temperature produced inside.

The Prosecutor's Office decided that the incident had occurred because neglect and was not deliberate, which reduced the penalties for sentence. Therefore, a conditional suspension of the procedure was offered it doesn't suggest.

For a year, Fuentes it must meet a set of conditions to avoid reopening the case. At the end of the 12 months, the investigation will be terminated and you will not be condemned for your child's death.

Jacqueline Stubing, the father's lawyer, stressed that Fuentes' wife did not stop supporting him After what happened, adding that the judicial decision marks the end of a painful period for the family.

A report in the La Tercera newspaper reported that Víctor Fuentes and his wife had taken refuge in their church after the accident and that they we are currently speaking for parents about how to face a child's death.