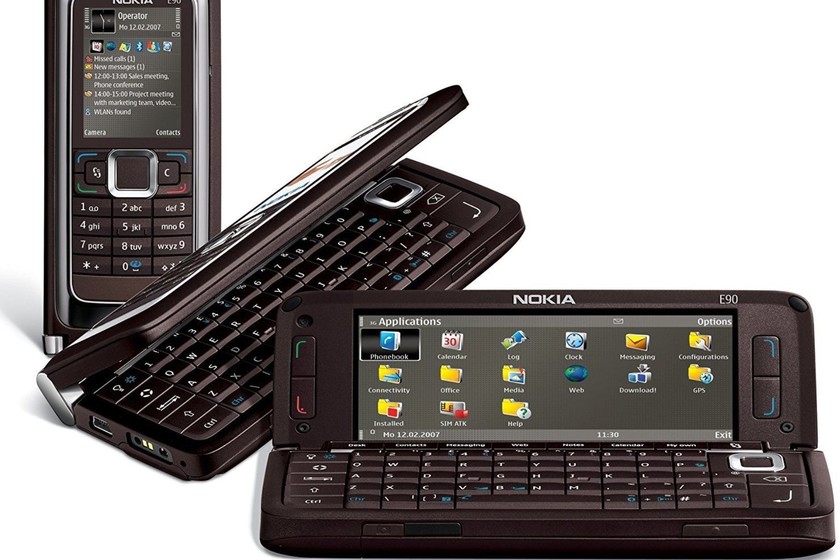 In August 1996 Nokia was the owner and wife of the world of mobility. The company was huge that combined Apple's current base and Android popularity. His market dominance was remarkable, but he won because he often invested in new concepts.

One of those concepts was the Nokia 9000 Communicator incredible, the first of a series of legendary devices with an external screen, interior, and two physical keys. They were folding phones that have been an inspiration to the recently introduced Samsung Galaxy Fold.

The 1996 mobile was almost portable than a telephone: it had Intel 80386EX processor at 24 MHz, 4 MB or RAM to 4 MB or ROM, but, above all, it is surprised by that combination of two screens.

First, there was the external one, a monochrome STN monochrome of 50×38 that was lower than the physical keyboard of conventional mobile. Second and more importantly, it's striking Monochrome screen 640×200 pixel STN with 4 gray grades combined with QWERTY keyboard.

For many Nokia the "smartphone" was opened, or at least with the first generation of devices, with that original Communicator. Producers such as HP have explored the idea with that of the case with models such as HP 20LX Palmtop PC (1994) or HP OmniGo 700LX (March 1996), but the HP system was more than mobile or mobile, and Nokia managed to refine the idea and do well in that folding mobile.

The success of the Nokia concept led to the launch of product variations. In 1998 Nokia 9110 Communicator appeared, but it would be Communicator Nokia 9210 and year 2001 the one that created a real revolution with an internal color screen, its ARM920T processor and mainly its Symbian OS 6.0 operating system.

Not only does that device stand out because of that combination of screens, but mainly due to its QWERTY keyboard, to implement many best physical keyboard on smart phone that is best the only best Blackberry game could. His 1,500 mAh battery was curious about the time, and had 3G support, HSDPA, WiFi, infrared port, Bluetooth, and GPS.

He had everything in hardware, but his operating system was not armed either: Symbian had its drawbacks, but still a war at that time and allowed to edit Office documents and even send fax at a time when sending faxes is still important.

The users had 128 MB of accessible memory, but they could expanding capacity to 2GB, a figure almost unfortunately at that time, his 3.15 Mpxexel camera was also remarkable, but that was not the importance of the device.

The important thing was the way Nokia had managed to combine the traditional telephone with the superthone that arose when it opened its screen. The software, hardware and construction was remarkable, and in fact until its weight of only 210 grams is very acceptable.

So, it's a good reminder of how old can be new again. The Galaxy Fold is incredible, but in a way it's just a new alignment from an idea that was already beginning to be formed 25 years earlier with those HP devices, and that Nokia had made two decades ago.

In the absence of being able to check how the Fold Galaxy behaves, one thing is clear: the Communicator had two screens already, it already had a folding design, and it already had software that allowed it to put sense. Not bad for product from 2007.

Unemployment in Chile is down for the third consecutive quarter but remains in double digits: 11.6% | Economy