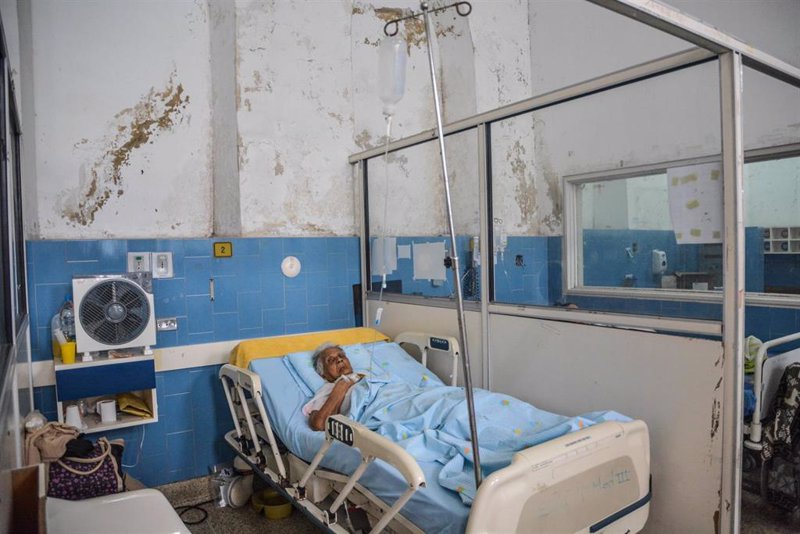 The crisis in Venezuela accelerates the revival of malaria, Chagas, dengue, Zika and other infectious diseases, and threatens to interfere with 20 years of public health developments, experts warned Thursday.

In a study published in the magazine The Lancet Hefectous Diseases, researchers say it is possible for epidemics to spread beyond Venezuela's borders, which could cause a regional health crisis.

"As the return of measles and other diseases prevented from vaccines, the continued progress in malaria could become instable in a short time," said Martin Llewellyn, a doctor and academic at the University of Glasgow, in England . He has instructed the study with researchers from Venezuela, Colombia, Brazil and Ecuador.

Llewellyn has indicated that, before the fall of the health system and with a significant reduction in health and monitoring programs, there are some diseases transmitted by vectors – those that are spread by insects such as mosquitoes and ticks – increasing and reaching new territories in Venezuela.

The World Health Organization (WHO) declared in 1961 that the South American country has eliminated malaria.

The study also found that the conveyance of Chagas's disease in Venezuela is a maximum of 20 years, and that the number of cases of dengue is more than half.

The causes of chikungunya and Zika, diseases that are transmitted by mosquitoes, are increasingly emerging, found by researchers.

Scientists have said that the findings should be seen in the context of massive migration. With an average of 5,500 departures from Venezuela every day in 2018, neighboring countries face the risk of infectious diseases.