The cost went to the clouds! They use 72 schemes and spent $ 438 million in return for the Fach order 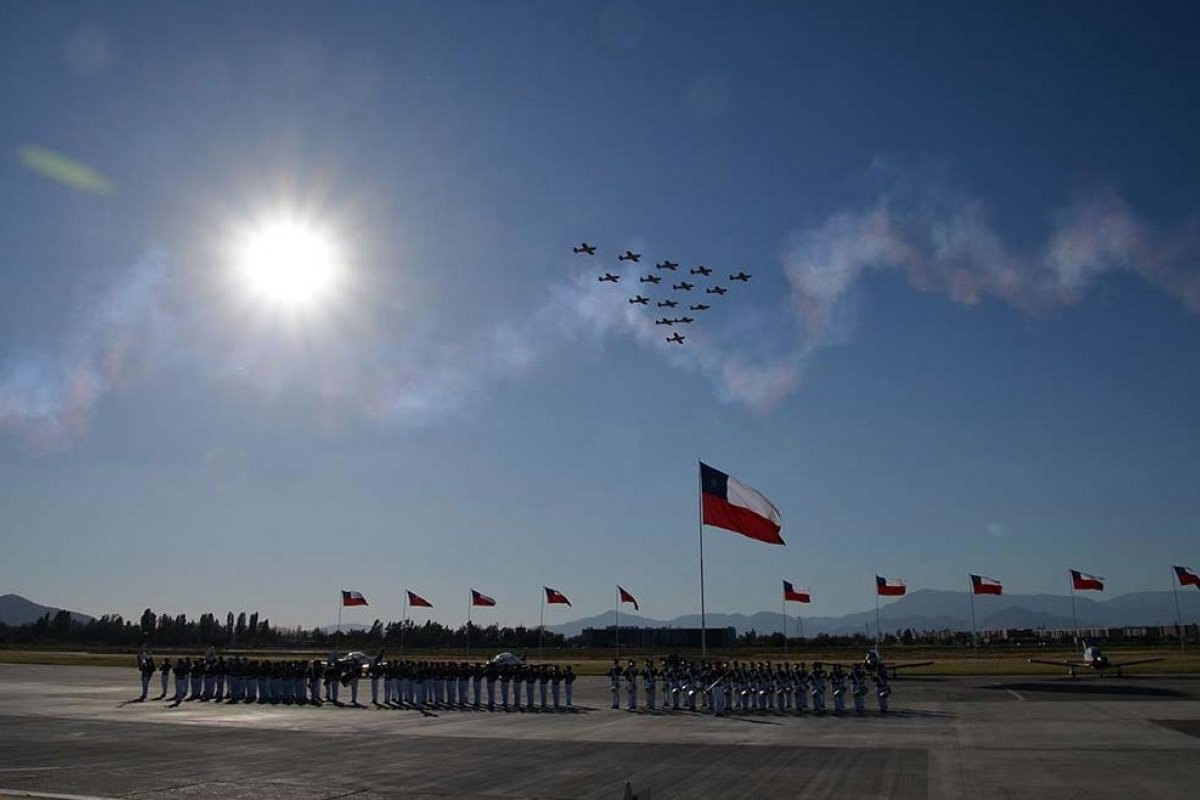 Not only did the aircraft be built when changing the Fach command, on 5 November: the costs of the air show from the dismissal of Jorge Robles to the head of the head and the equivalent of the clouds were also going To the clouds Welcome your successor, Arturo Merino Núñez. It was $ 438 million used at that ceremony, where 72 aircraft were used. 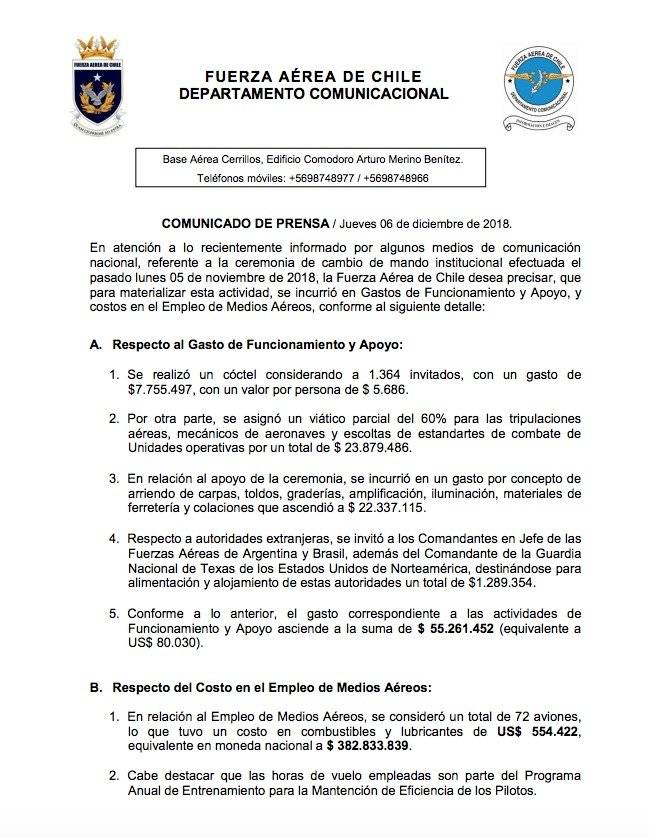 Fach himself gave the information through a press release, which states that "having a cost ordering ceremony totaling US $ 634,452, which is equivalent to a national currency to $ 438,095,291."

The Judgment of the Presiding Officer

The event produced criticism by the same President Sebastián Piñera, who said on Tuesday, in an interview with Radio Bío Bío, that the cost of this ceremony was much higher than the change of presidential office on March 11.

Because of this, the Defense Commission members already require General Núñez's presence to explain the expenses of the change of order of their agency.

Details of the cost

According to the Small document, the details are split into operational issues and other operational issues. The first section states that "a cocktail was held considering 1,364 guests, with a cost of $ 7,755,497, with the value of the person of $ 5,686."

They add "some 60% validity was assigned for air crews, aircraft mechanics and combat standards Operating units battle for a total of $ 23,879,486".

"In terms of foreign authorities, the Argentine Air Force and Brazilian Chief Managers were invited, as well as the Texas National Guards Commander of the United States of North America, allocating a total of $ 1,289 for food and accommodation and these authorities .354", add text 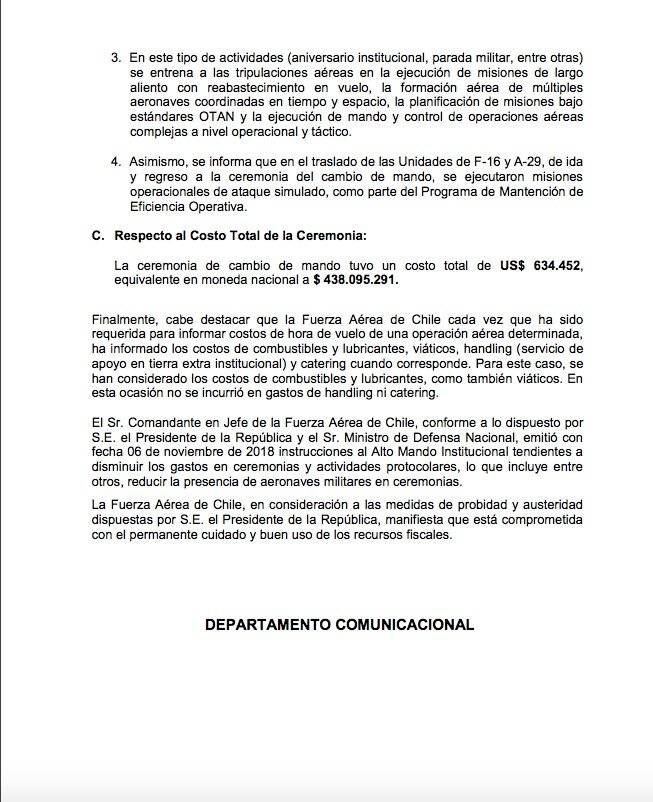 Regarding the material used in the air, in the statement they emphasize that such examples train as pilots, a matter that is not considered with the "cost" item.

They added that "in this type of activities (an organizational anniversary, a military march, among others) air crews have been trained in the implementation of long-term flights with flight refill, aerial training of multiple air transportation & 39; to co-ordinate time and space, plan journeys under NATO standards and implement command and control of complex air operations at an operational and tactical level "

They also note that "when transferring the F-16 and A-29 units, back and forth to the change order ceremony, active simulation assault journeys were carried out as part of the Efficiency Maintenance Program Operational "

Finally, they collect that all this leads to the final cost of more than $ 438 million.