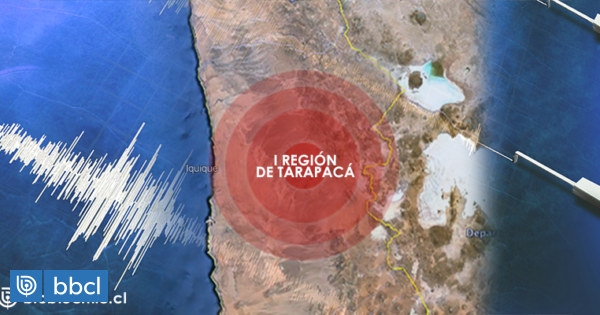 A strong earthquake was felt a few seconds ago in three regions of the north of the country.

As reported by the National Seismological Center, the reconnaissance movement occurred at 1:47 pm on Sunday and had a magnitude of 6.1, with an epicenter 30 kilometers northeast of Pica and 105.6 kilometers deep.

The tremor was felt in the regions of Arica and Parinacota, Tarapacá and Antofagasta, according to Onemi.

Mercalli intensity is the following:

The SHOA noted that the conditions for coastal tsunami production are not being met.

“There is currently no reported damage to people, change to basic services or infrastructure as a result of this earthquake. For their part, the technical institutes are evaluating the regional situation, ”added Onemi.