Falabella took a back in Argentina: closing one of large shops on Florida Street in Buenos Aires 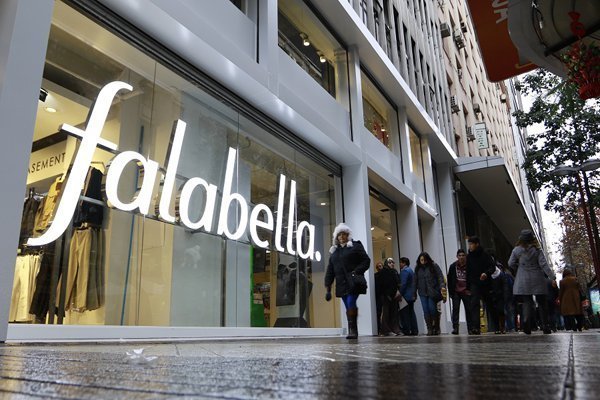 Although last year threatened a Giggle not to renew the contract, fulfilling his promise.

This week, Falabella came to an end to a significant store located in Buenos Aires when closing the branch of Florida # 665 after refusing to renew the contract. In addition, he said he had transferred operations to the other two shops he has in the same way.

"As part of this process, all the workers who worked there had been relocated to the two shops above, where they were carrying out their normal tasks," the company said in a statement.

In any case, from Falabella they ensure that they continue to strengthen their presence in the neighboring country.

"This is shown by the investment of more than 200 million Argentine pesos made in remodeling and expanding the store in Mendoza Plaza Shopping, reopened on December 10," explained the company.

This is not the only international company that posted news on the other side of the mountain range, since then Coca Cola Femsa introduced the emergency prevention procedure for her Alcorta plant in Pompeii. The drop in sales, has added to the high inflation that does not allow the transfer of all price increases and high rates, explaining some of these decisions.

With the Florida shop closure, Falabella's commercial network in Argentina will be ten stores, most of which have been located in the capital. The group also operates in the country with Sodimac home improvement shops.