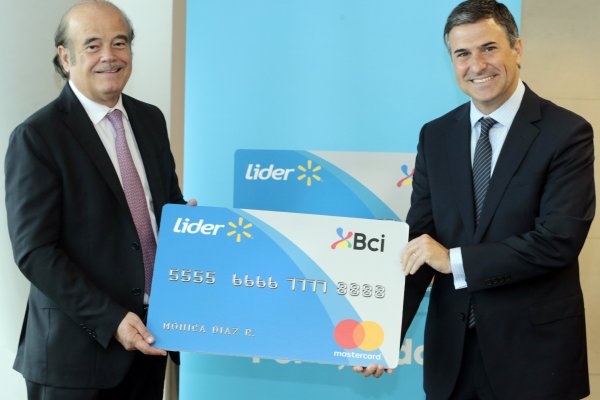 The purchase will allow Bci to double its share of the market in credit cards, adding almost 1.5 million new customers.

Every week, after the Supervision of Banks and Financial Institutions approve Buying a Walmart financial business from Bci, He informed the bank managed by the Yarur family of the Commission for that Financial Market He took control of Walmart Financial Services.

In a statement, Bci explained that the commercial league between the bank and the American capital company will come into force tomorrow.

In addition, the national company stated that Financial Services "will continue to commercialize the products and financial services previously offered by Walmart Chile, which includes the issuance and operation of the new MasterCard Bci Master Card, as well as the origins of Retailers and Senior Regeneration Plans and personal insurance, among others. "

According to the bank, "the alliance seeks to ensure the collaboration between Bci and Walmart so that their clients, in addition to having the current benefits and maintaining their product conditions, can access offers, benefits and various credit discounts for making purchases as Leader and other businesses. "

After spending almost $ 160 million, buying a Walmart financial business will allow Bci doubles its share of the market in credit cards, adding almost 1.5 million new customers and become one of the most important players in the market.