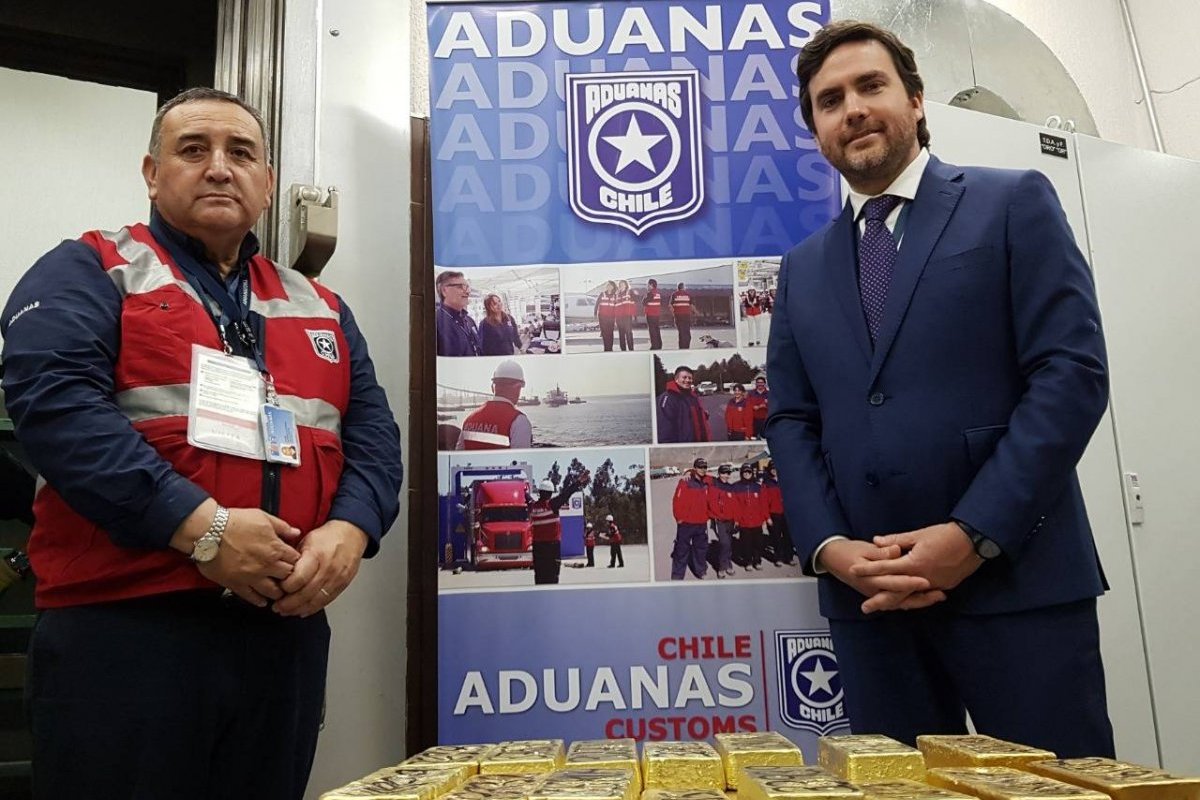 Over $ 371,000,000 pesos was able to collect the last auction held by the National Customs Service in Iquique, ranging from gold bars to yoga bags, clothes and socks.

Finance Minister Francisco Moreno described that the activity was very positive and said that 158 ​​books had been awarded for a total of $ 371,000,000 754,000, while 38 were without a bidder, 9 were rescued and were eliminated.

The three pieces were auctioned by representatives of SPAA Comercial Paz, who only traveled from Santiago to apply for 24-karat ingots.

The number continues to grow

In the 4 auctions that took place last year, Customs managed to raise $ 1,168 million, while this year raised the figure to $ 1,546 million. "The auctions are the final phase of the work of legal teams and customs management, who have detected, seized and complained, ensuring that the goods are auctioned to generate income in favor of the tax," said the finance authority

Regional Director of Customs Iquique, Dennys Beltrand Santos, said "it was a very positive day, as it was possible to auction a lot of goods that were in our warehouses in Arica, Iquique, Tocopilla and Antofagasta, which which will enter the productive market creating a direct contribution to the treasury and, in turn, to the different sectors of the economy where they will be occupied ". Between the lots, containers for asphalt storage were included for values ​​ranging from $ 2.5 million to $ 4.2 million, Panamania porcelain packet boxes for $ 494,000, Isuzu bus for $ 1 million, lifting machine for $ 138.000 and 14 yoga mats at $ 21,000.

A happiest one with the last auction of the year was Iquiqueño Julio Monrroy, who finished the Mazda RX8 car at $ 580,000. "This is the second time I've come to an auction and I'm really happy. In the previous version, I could not finish and now I made a car at a good price, defective ".

Pedro Ragido Utreras was just as happy after winning a Toyota Prada 1997 for $ 1.4 million and Hummer H26 2003 for $ 2.6 million, "this is the first time I came and I have a business, though I am. I finished the business, I should be happier "

One was not very happy that the trader Fernando Prieto, who is 20 years ago going to these auctions, "and we did not do well because the products we were interested in went up a lot and they were out of reach. "

Meanwhile, trader Sergio Meleli values ​​auctions because of "they are an excellent measure" to recover monies in favor of fiscal, although in this case he believes that "raises a lot of the budget that one brings with them ".

A special case was the empanadas seller and the drinks of Telmo Carillo, who settled on the outskirts of the auction and was interested in many who had six finished and finished TV. "These auctions are attractive because I'm coming to sell empanadas and I'm also taking advantage of finishing. I'll be using TV for Christmas. My family is wide."

Gustavo Allende, a 75-year-old trader, said "to be a mathematician and get the scores right to finish and not be excited. I've finished 30 lots and they are convenient before he was auctioned on for the elderly and has a number 8. Now I have number 1 because all the others have died. "