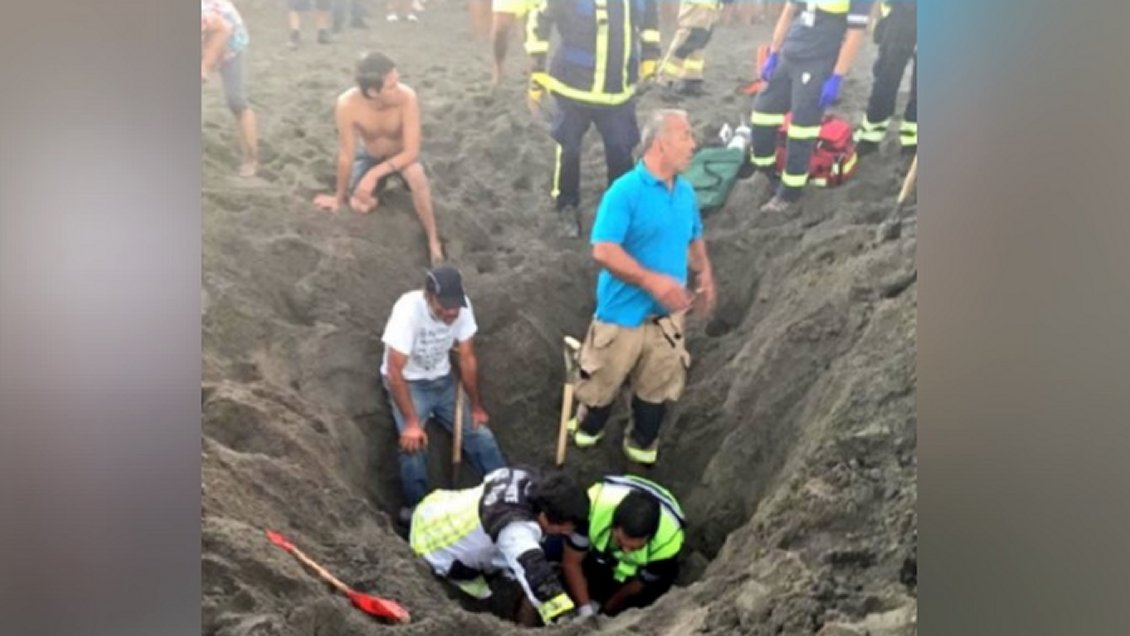 A 25 year old boy died Thursday evening to be buried in a sand tunnel that he himself had excavated in San Carlos beach, in El Tabo, to be able to play with an 8-year-old son.

2nd sergeant José Aqueveque, Port Captain (s) of Algarrobo, according to witness statements, "the events occurred at the time the Lord performed an excavation of a tunnel of around two meters deep and six meters long to get in with the youngest son, 8 years old ".

The uniform uniform added that "the tunnel after leaving, pulled the tunnel, leaving the young man who was seized inside without being detected, which is why He was caught at least 20 minutes before he was rescued by firemen. "

After removing, the young father "had no essential signs and was reinforced by Cesfam staff later transferring to hospital in San Antonio, where death was confirmed by cardiovascular arrest ", the mayor officer noted.

The victim was designated as F.J.G.C., born in the Quilicura community, Metropolitan Region, from where she traveled with her and her son on holiday to the coast.

By directing the duty prosecutor, The Homicide Brigade of the PDI adopted the procedure of rigor, including registering the victim's relatives.