UFC Fortaleza: Renato Moicano was 'doing good' against Jose Aldo but the referee 'stopped it a bit early' 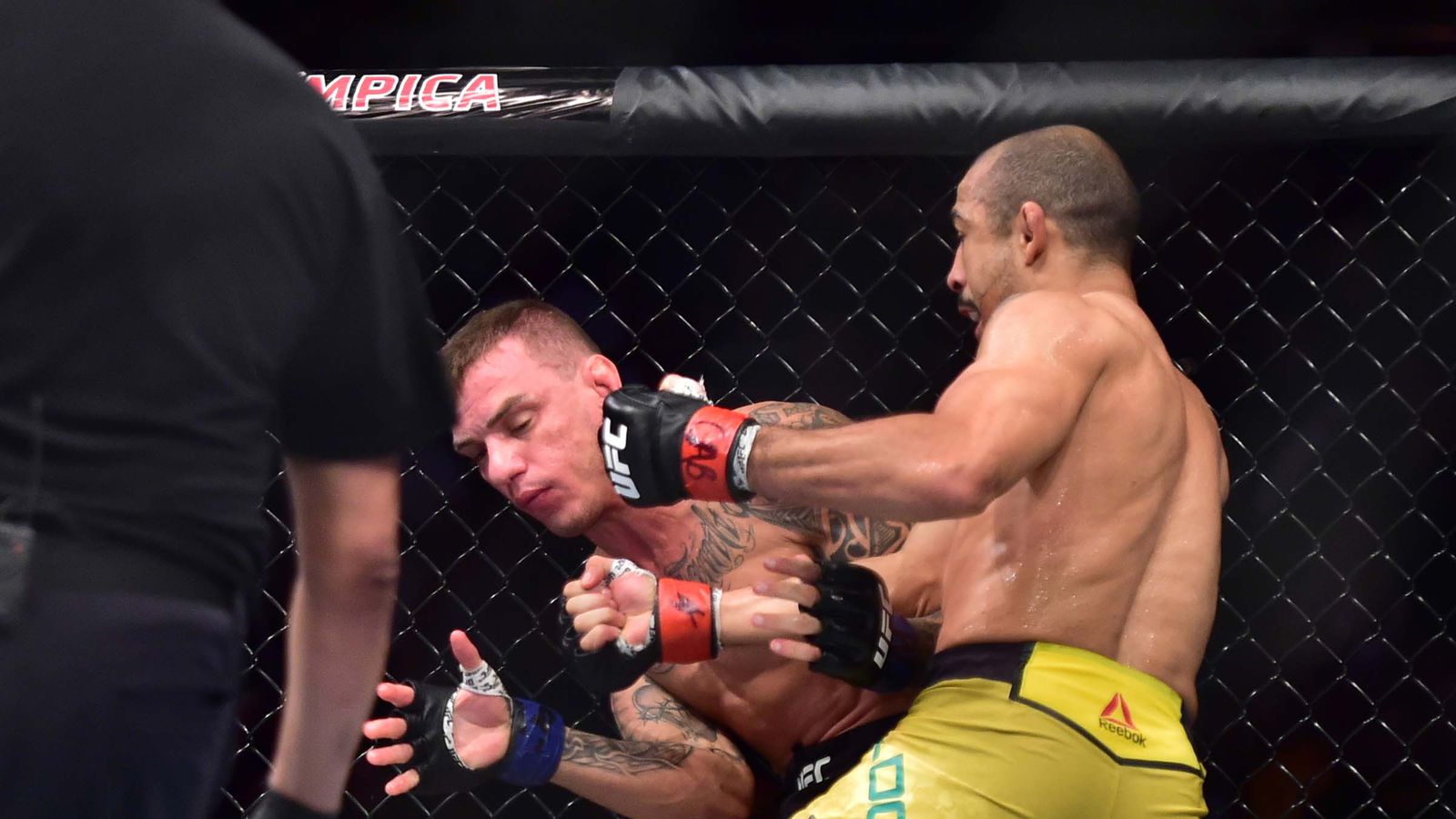 But was the bout halted prematurely?

"Moicano" was still on his feet when the action came to a close, courtesy of referee Jerin Valel, prompting fans to wonder if the Brazilian was denied the opportunity to fight his way out of trouble (similar to this finish).

"I came here to say I'm alright," Carneiro told his Instagram followers (via MMA Fighting). "The fight was stopped by technical knockout, but in my opinion the referee stopped it a bit early. I was doing good, I think I won the first round and came back more active in the second round. I do not remember the strike, I did not see the strike that started that explosion, and I think the referee stopped it a bit early. But it's okay, life goes on. "

Not remembering the strike is probably not the best way to support his argument that it was an early stoppage and his own manager, Alex Davis, recently told a reporter that Carneiro was not intelligently defending himself.

"Moicano is my guy, and I simply love him to pieces," Davis wrote on Twitter. "But he was not reacting. The ref took the correct action and stopped the fight. Simple as that. "

Back to the drawing board.