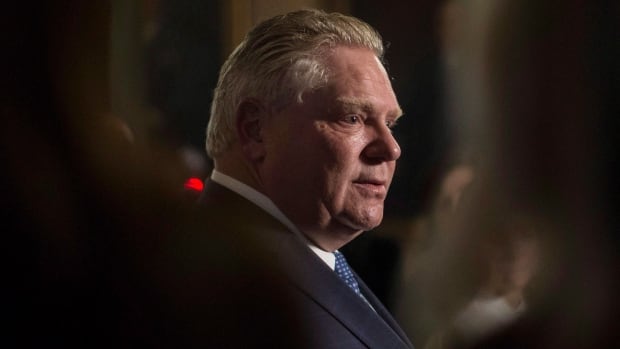 First Minister, Justin Trudeau, will meet with the leaders of the other four federal political parties on Wednesday to discuss what can be done to support French Canadians due to recent Premier Premier Ford Ford cuts.

The session was mentioned in the Trudeau daily touring report, and said that only the prime minister met to discuss "issues facing Canada's French Telephony" with the NDP Jagmeet Singh, the Green May Green May, the Conservative Andrew & Interim leader of the Québec Block, Mario Beaulieu.

The senior government official spoke to the WBQ at the meeting that the meeting of Wednesday afternoon would be held in response to cuts from the Ford Government to some French language services in Ontario.

In his economic update, Ford government announced that he would cancel a plan to build a long-awaited French university in Toronto and would abolish the French language commissioner's position.

Last week, after a wide criticism, Ford supported down to a degree, reaching his decision to cancel a French university but reinstate the position of a French language commissioner under the province's ombudsman.

Attorney General also nominated Caroline Mulroney as a new minister of French-speaking issues and said that he would hire a senior policy adviser responsible for francophone issues.

Trudeau's meeting will also address the concerns of philanthropy in other states – including New Brunswick, the only Canadian official province of Canada, where the new Introductory Conservative government has one elected francophone member.

Following Ford cuts, Scheer was accused by some critics not to quickly condemn or call them to be reversed.

On Monday, the Schemes Trudeau office sent a letter requesting an urgent meeting to discuss the matter.

The Prime Minister's Office welcomed the idea, according to a government official, and other party leaders were also invited to attend.

The officer also argued that PMO Trudeau had made a point of extending to the opposition in the past – recently on negotiating NAFTA and installing U.S. tariffs. on Canadian goods and resources.

Elizabeth May, the Green Party, said that her policy had always been, when a prime minister asked for help, she was happy to give a hand, as they did when she answered a similar call to the previous – said Stephen Harper.

"I'm very worried about what Ford has threatened to do to franco-Ontarions rights," he said. "I am happy to offer what help or advice is requested in the circumstances to protect minority rights."