Home / canada / The Massey Tunnel will not be replaced with a 10-lane bridge, a report suggests

The Massey Tunnel will not be replaced with a 10-lane bridge, a report suggests 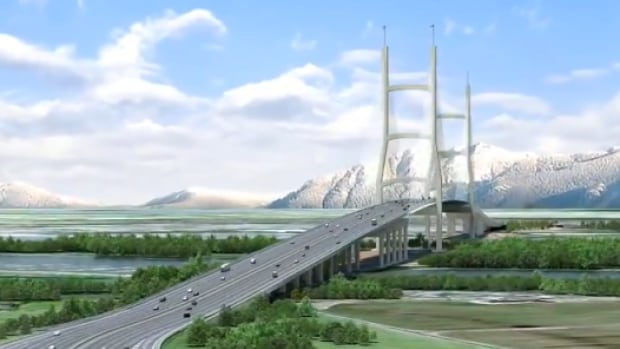 Yes B.C. NDP seems to have taken a 10-lane off-board bridge as an option to replace the Massey Tunnel, one of the worst traffic gaps in the province.

B.C. Claire Trevena, Minister of Transport with the Mayor of Malcolm Brodie and the city's staff met this month to discuss the future of the tunnel, which connects Delta and Richmond communities.

A recent report to the council suggests that the province is not interested in the construction of a new ten crossing crossing.

"The Minister said that no future crossing improvement option would include a 10-lane bridge," the report said.

"The Ministry recognizes the significant negative effects that such a project scale would have on the accommodation communities, especially for Richmond."

When the NDP took power, the project was blocked and the engineer Stan Cowdell was hired to explore new options to upgrade or replace the tunnel.

At the time, a 10-lane bridge was still being considered.

Cowdell completed his study several months ago but has not yet made public.

"The Minister received the report in June, and is being considered along with options for next steps," said the Ministry of Transport in an email statement.

"Minister Trevena discusses his findings with Metro Mayors before making the independent review – and next government actions – the public before the end of the year."

"If the study shows that they prefer eight lane bridge rather than ten, I can certainly live with that," he said.

"Let's move on this and let's do something happen."

The mayor of Richmond, says he prefers twinning the tunnel to improve traffic flow.

"Our complaint had always been that the 10-lane bridge was so huge and it was too much that it had had all kinds of implications that were very negative," he said.