Survivor in an accident that killed 2 families in Alberta remember blowing stop sign # 39; in the trial 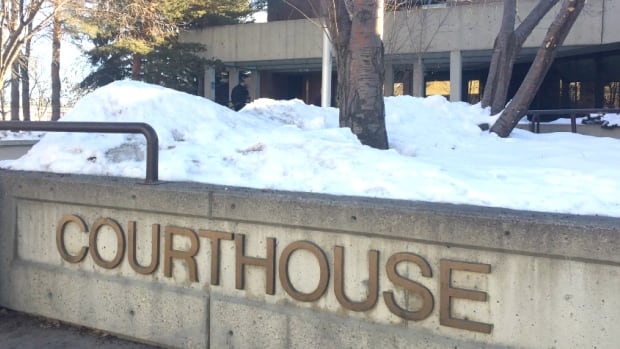 A man accused of a Canadian Day accident in the middle of Alberta who killed two teenagers and had been severely injured by another two pleaded guilty.

His trial began on Thursday at the Deer Red Court of the Queen's Ban just before a judge.

Mounties at the time said that two holders were sent out of the vehicle and died on the scene, while two others had been injured and taken to hospital.

A fifth non-injected holder was also hospitalized but he was released a little later.

The first witness that the Crown called was one of the people in the night car of the accident.

Lexie Martin testified that the group was planning to attend Canadian Day Fireworks at Sylvan Lake nearby before attending a party back in Red Deer.

But rain began, Martin remembered, so they decided to go straight to the party.

Shaylene Taberner, who was the girlfriend of Beauclair and now lived with him, testified that she was to be a designated driver that night. But she and Beauclair went into a "huge battle" after she was called her and called her as she came home. He said he was distressed she was out with Beauclair.

The group suggested that Beauclair took the wheel, Taberner thought, but he could not remember much more than that.

"I remember that I remember blowing a stop sign. Then I'll remember waking up and a nice girl is holding my hand," he told the court.