Home / canada / Power spill at the east end after a fire converter that affects 3,800 customers

Power spill at the east end after a fire converter that affects 3,800 customers 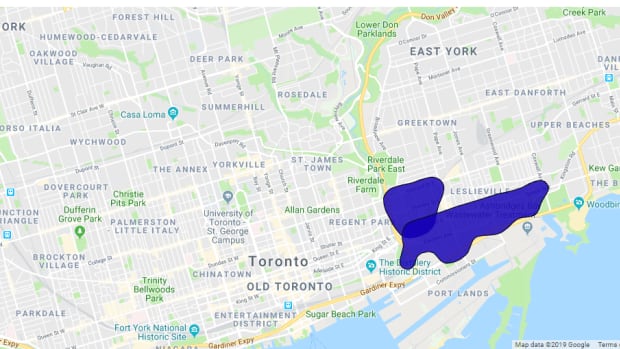 Residents at the eastern end have a challenging start to Thursday as they deal with a wide power cut caused by a transformer fire.

Reports began on rolling cuts around 6:40 am, according to spokesman Toronto Hydro Maja Boric. The excursion is from Gerrard Street to the south of the lake, and to the Don Valley Park to the east of Woodbine Avenue.

The cut affects around 3,800 customers.

"Crews are on the site now, they're researching," Boric told Toronto WBQ.

Approximately 9 per cent, Toronto Hydro pointed out that power could be restored within about two hours.

The streetcar TTC service also had a big impact, said spokesman Kadeem Griffiths, as street cameras could not get out of Carlie Leslie Barns.

The TTC had to use bus routes to service street vehicles as required, said Griffiths, and operators were being taken to Russell Carhouse for some of the old streets.

Shortly after 8:30 pm on Thursday, the TTC evidenced that a regular service had been restored, but buses would continue to add to a service through morning commuting. However, the transport agency said there were still delays on some eastern end routes with traffic lights affected by the cut.