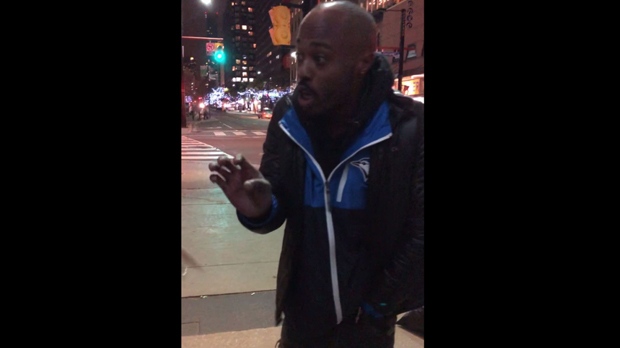 The police are searching for a suspect in connection with a sexual assault in central Toronto early Wednesday morning.

The police say a 25-year-old girl walks near Yonge and Elm streets around 1:10 a.m. when a man drove a bike. The man, the police claims, is sexually assaulted to her.

When the woman was facing the man, the police said he claimed he was catching it in the face.

Then the man fled the scene.

The police suspect is described by the police as something between 30 and 35 years old, five feet six, with a medium building. The police say that the man either with a head has a sieve or fault and has a mustache.

The last suspect was seen wearing a black leather jacket over a blue jays jacket nylon and a black pancake that was removed. He rode a red bike.

Anyone with information will be asked to contact the police or reach Crime Offenders anonymously.