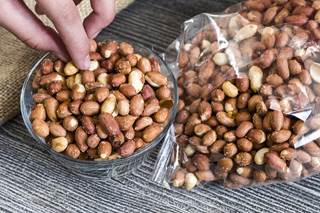 The majority of patients who had previously taken part in previous peanuts immunotherapy clinical trials were able to continue to use ground nuts.

SAN FRANCISCO – The majority of patients who had previously taken part in previous peanuts immunotherapy clinical trials were able to continue to use ground nuts, suggesting that food equivalent could be a safe option to maintain reuse, according to a study presented at a meeting annual Academy of Allergy, Asthma and Immunology Academy (AAAAI) held on February 22-25 in San Francisco.

Researchers conducted a longitudinal observational study of 55 patients who completed studies in oral or sub-cellular immunotherapy between 2010 and 2017. Equivalent dosing and nutrient foods were evaluated. Guides were given to participants who had been desensitized to ≥300 mg of peanuts to incorporate ground nuts in their diet. The sequence of end of clinical trials dates from 1 to 8 years.

A total of 49 patients continued to eat peanuts after they were involved in clinical trials, with 31 of these patients eating nuts every day. The median amount of honey used was 600 mg (mean, 808 mg). Patients of age tend to eat less nuts (r = -0.17). In addition, patients who had been involved in sublingualol immunotherapy trials used fewer nuts (medium, 500 mg, mean, 543 mg) compared to patients involved in oral imunotherapy trials (median , 600 mg, mean, 955 mg). However, adverse reactions were reported with oral imunotherapy.

Dr Kim also noted that none of these treatments is a healing, but patients feel that they have some protection from possible accidental exposure. In addition, Dr Kim emphasized the importance of standardized treatment and the creation of protocols to determine how long patients can keep their tolerance.

GOLDSTEIN: Trudeau turns Canada into a nanny state, ride with a flaw