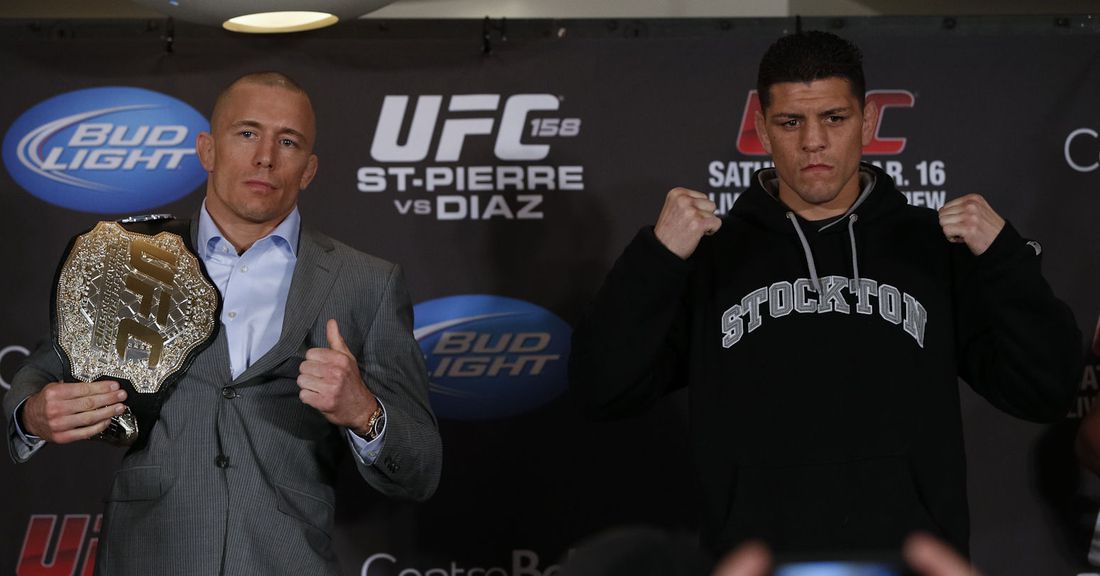 On Thursday, Georges St-Pierre announced his retirement of a mixed martial arts competition. The two-division champion says it is a difficult decision that took "discipline," but he is proud to leave sport fighting on his own terms and in good health.

Former competitor Nick Diaz took the social media to respond to the news, beginning to congratulate St-Pierre for leaving physically. He first commented on the job, before writing on his own Instagram stories "She is happy to see someone leaving good enough alone for once."

The tone of congratulations began to change, and Diaz all came over Instagram to talk about St-Pierre with the apparently known hardware that he is known about.

He said on a different Instagram job to talk about drug tests, and also write more on his own account.

"B's had worse nights than I had ever enjoyed," said Diaz.

"Did both of them have a fitch cozcheck fitch or a gun from Joneys," said Diaz on his Instagram stories, followed by a needle, muscle, and emojis laughing.

He then sent two Instagram stories about St-Pierre. "(GSP) fights like b and ch always," said Diaz. "I fought with him and cheated to fuck your bone sports. I'm fighting for real and I did not play a game without the ball life of the UFC."

He went away from that, to praise the bout between St-Pierre and Thomas Denny from 2003 onwards.

Diaz and St-Pierre fought back in 2013, with GSP defending his title with a complete score on the scoring cards. While still popular, both retired are effective at the moment.