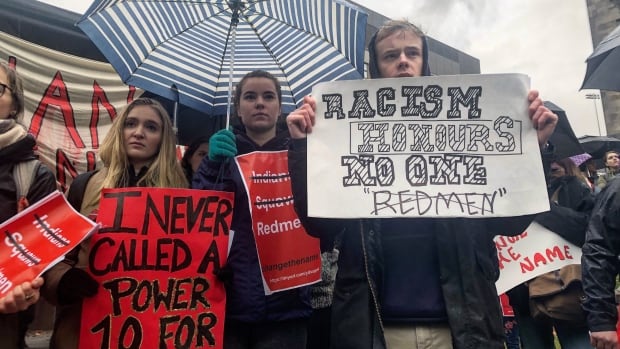 McGill University students have voted in favor of changing the name shared by world sports teams, the Redmen, in movement, they hopefully emphasize that the university responds kindly.

On Monday night, students voted 78.8 per cent for change.

The ungrateful referendum, organized by the McGill student union, 5,856 votes – one of the highest participation rates for a university-type vote.

"Today, as students, we are protecting values ​​of respect and inclusion on campus," said a statement from the union, adding the result to its satisfaction.

Tomas Jirousek, a third year politician in McGill from Kainai's First Nation in Alberta and a member of a human rooster team, has been lobbying to delete his / her name.

He launched a petition signed by more than 10,000 and, on October 31, he organized a demonstration to protest against the use of his / her name.

"It was really incredible, and I'm very proud of the work we've done to get the ballot, but also in educating so many people that we could have 80 percent of students voting yes," said Jirousek at the WBQ News Tuesday morning. 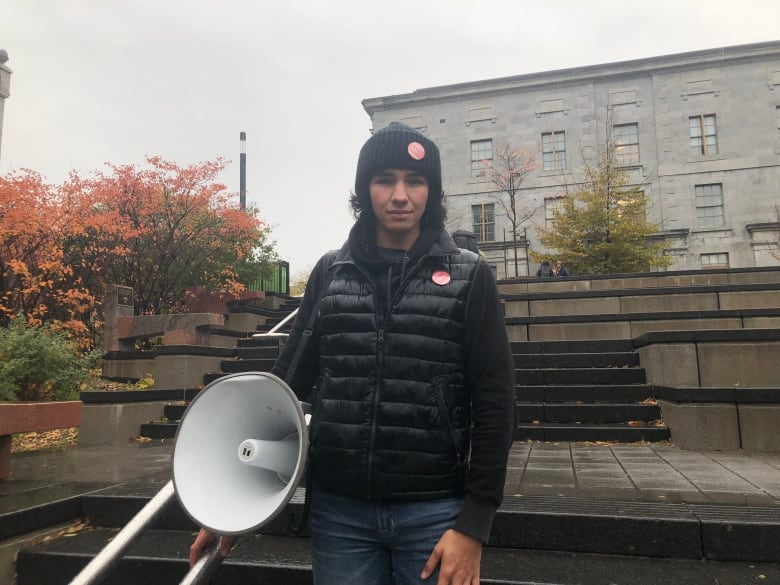 Tomas Jirousek comes from the Kainai First Nation in South Alberta and has been a wonderful athlete on the McGill rowing team for three years. (Jessica Deer / CBC)

Next, Jirousek says, a letter of support signed by more than 100 teachers in the school will be released in public. He hopes to release more examples of public support in the coming weeks.

The university has said that the name was derived from the colors wearing from his team since the 1920s. However, the press and supporters were often symbols of indigenous symbols, connotations and unofficial nicknames in many circumstances.

Pictures of Native people also found their way to McGill's football and helmets jerseys and helmets between 1981 and 1991.

University tends to drag its feet & # 39; on native issues, says the student

The school created a task force to look at the issue last year, in response to a call to change the name by another task group on Native studies and education.

Jirousek said the university told students that he would wait to act on the name of sports teams until the working group released its report in December.

"I would like to say that I was surprised that the university has not taken action yet, but after three years of studying here, I'm not really surprised," said Jirousek.

"I believe that the university tends to drag its feet when it comes to acting on many issues that are about Native people."

For example, Jirousek said, students called on the university to recruit more Native Teachers several years ago, "but we still see here not one Native native test here at McGill."

However, he said, the outcome of the Monday night referendum urges him to keep a pump.

"This Redmen thing is … for giving students a platform for indigenous students and really allowing us to drive an agenda and hopefully build momentum in addressing other issues that the university has. "

"I'm so excited about that [Tomas] This led to change, "said the WBQ Montreal Day Club.

"All of these older people have gone to these games after all these years … they learn that the term is acceptable and they will continue to use them in their lives and thinks everything is fine, it's fine to call our people Redmen. "Not." 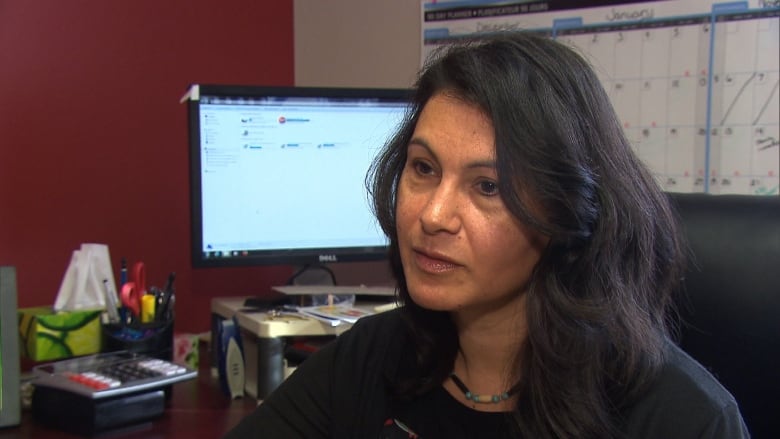 Nakuset, executive director of the Women's Native Shelter of Montreal, said she was happy to see that students had voted to change the name. (CBC)

The WBQ spoke to a dozen students on the McGill campus on Tuesday. The majority were in favor of changing the name.

The first year student, Rosalia Arcuri, did not vote at the referendum but said she thought it was a good idea to change the name.

"We need to think about how native students feel at school, and there's a name that has very racist references," said Arcuri. "In McGill, they're probably preaching a variety so I think it's important that the majority vote to change."

Victor Cameron is at the university triathlon club, who does not call himself in Redmen. He said he had refrained from voting because he was on the fence for the matter.

"I understand why they feel it offensive, but I have a historical value to the name. That's why I'm wrong."

Darius Piecaitis did not vote either but said he was in favor.

"If people were offending, that's good [they voted] I'd change, "said Piecaitis." A bad image to the administration would not take the vast majority of students saying they wanted to change it and just ignored it. "

With files from Laurence Niosi Radio-Canada, correspondents of the WBQ Jessica Deer and Lauren McCallum