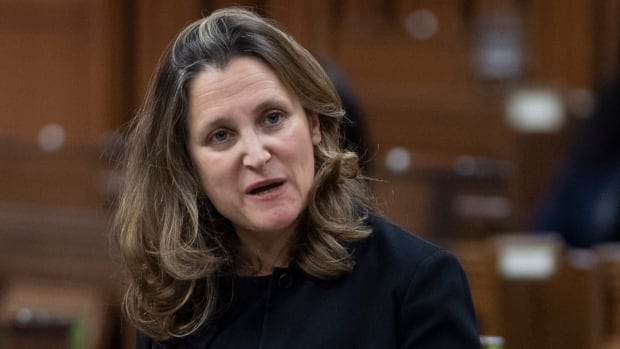 The federal government will release its long-awaited fiscal update today – a spending plan to help Canadians cope with COVID-19 while recharging the national economy and key sectors hit by the global crisis.

Deputy First Minister and Finance Minister Chrystia Freeland will be rising in the House of Commons at 4 pm ET today to outline the details of her plan to boost job creation and reduce greenhouse gas emissions.

Government sources have told CBC News that the plan will include new but time-limited spending measures to support striking industries and vulnerable Canadians, while laying the foundation for the policy priorities presented in the September throne speech .

CBS will be receiving a live broadcast of the fiscal update today starting at 4 pm ET. Watch it on the WBQ News Network, listen to it on CBC Radio One or stream it on CBC Gem or our WBQ News app.

The update comes in the wake of optimistic reports suggesting promising vaccine candidates could be introduced early in the new year – and as the COVID-19 caseload continues to grow alarmingly in some parts of the country. The numbers have reached record levels in some regions, prompting new or expanded restrictions and business closures.

Measures in today’s economic statement are expected to include:

The government has not introduced a budget for this fiscal year, but in July it achieved what it called a “fiscal snapshot” that forecast the deficit to reach an all-time high of $ 343.2 billion.

The Trudeau Liberals last achieved a true budget in March 2019, when they were still in their first mandate.

The Trudeau government has pushed back to calls to achieve an economic outlook since the current health crisis began, claiming that the pandemic made it impossible to forecast economic growth accurately or cover the necessary emergency spending.

Conservative leader Erin O’Toole said the government’s delay in procuring rapid tests and vaccines has put workers and the economy in a “dangerous position”.

“There is no plan for the economy if we do not get rapid tests and vaccines as quickly as possible,” he said during a news conference in Ottawa Sunday.

“We are already seeing small businesses teetering on the edge. That leads to the uncertainty and concern out there for the welfare of tens of thousands of Canadian families who have invested everything in their restaurant or autoshop or a range of businesses that are close to bankruptcy. “

WATCHING What to expect in the long-awaited financial update: 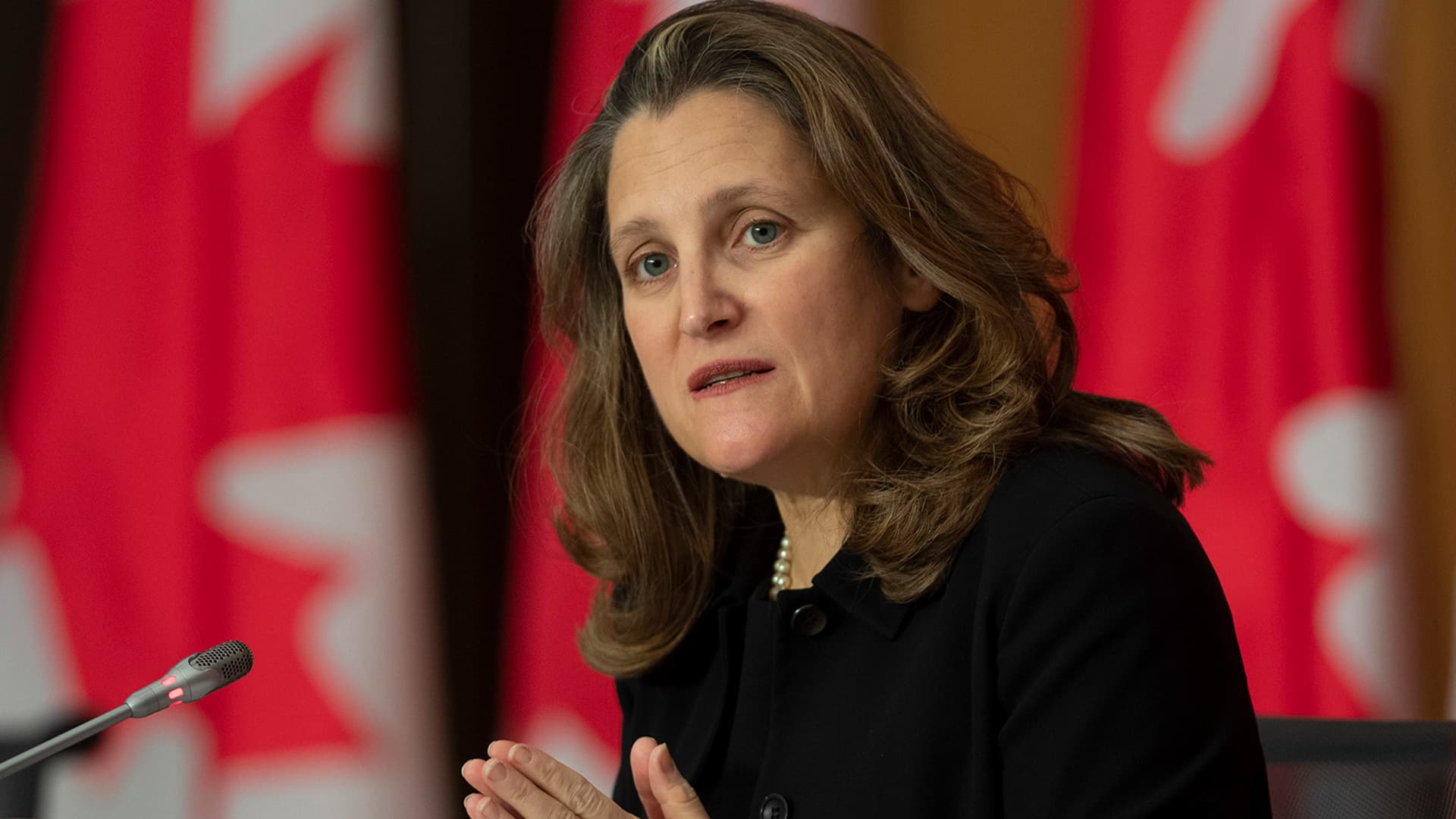 David Cochrane of CBC News breaks down what Finance Minister Chrystia Freeland is expected to announce in Monday’s federal fiscal update, including details of the deficit and new pandemic spending. 1:16

CDC Leader Jagmeet Singh said today’s update is a perfect opportunity to announce “bold measures” to address the needs of Canadians most affected by the pandemic.

“The COVID-19 pandemic has shown the vulnerability of services that were supposed to help people, and the importance of strengthening our social safety net so that no one is left behind,” he told CBC News.

The NDP is pressing for childcare support

The NDP is calling on the federal government to fund childcare services that would allow more parents to return to work safely. He is also pressing the government to launch a general pharmacy program.

Green Party Leader Annamie Paul said it is not enough for the government to introduce a “laundry list” of spending today. With a vaccine expected next year, he said, he must introduce a green recovery plan with economic and social investments.

“With a glimmer of hope on the horizon, it is vital that we seize this moment to prepare a green recovery plan that will engage with every possible innovation, technology and resource available to Canada to improve our ability to facing challenges, “he said.

The Green Party calls for a guarantee that any assistance the Liberals offer to carbon-intensive sectors is “responsible and conditional.” It also wants to see larger investments in projects and sectors accelerating progress towards a net-zero emissions economy.

Business groups say they hope to see a plan today that charts a course through the ongoing crisis of long-term recovery and economic growth.

Canadian Chamber of Commerce president and CEO Perrin Beatty said he wants to see a shift from broad support to smaller, better-targeted federal programs to help Canadians and the most vulnerable sectors, including the restaurant, accommodation, arts and entertainment and retail sectors.

He said he hopes to see a plan that will boost Canada’s business investment and competitiveness – and not a series of new “unaffordable” permanent programs.

“Even as we navigate our way through this second wave of the pandemic, their Canadian government needs to set the conditions for a strong, business-led recovery. Canadian families and businesses continue to pay a high price because of COVID-19, and the hard work of getting the Canadian economy ready for recovery must begin now with a clear and coherent plan, “he said in a media statement.

Canadian Federation of Municipalities president Garth Frizzell said he hoped to see “clear succession arrangements” to the secure restart agreement, which saw the federal government allocate $ 19 billion to the provinces to help it survive the second wave and driving post-pandemic job growth.

“The shrinking economic statement is an opportunity to build on the federal-civic partnership that has kept Canadians safe, and vital frontline services running strong, since the start of the pandemic,” he said.

“They rely on us to keep doing that through 2021, which is why municipalities need to see a clear commitment that the federal government will continue to work with us to secure support for municipal and transit operating costs.”