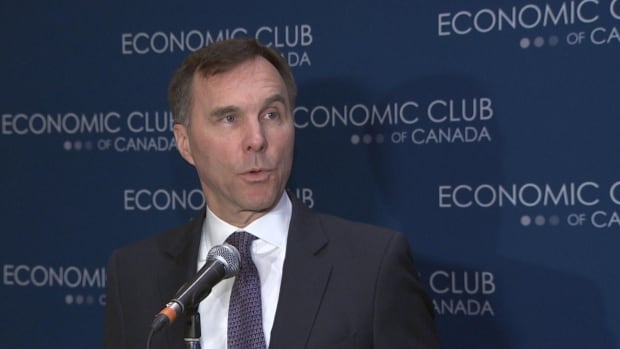 Federal Finance Minister Bill Morneau was at the Faallont Palliser hotel in Calgary on Monday to discuss the federal budget, which came out last week.

He also elaborated on the announcement that the government was planning exploratory discussions with indigenous groups on equity arrangements and possible revenue sharing on the Cross Mountain pipeline expansion project.

"We have said that I would consider that inherent equity participation is an important part of the economic advantage to those groups in the project," said Morneau on Monday.

The government is still going through the consultation process – and Morneau said it cannot confirm that there will be native participation.

The President of the Indian Resources Council, Stephen Buffalo, said he had received a mixed response to the announcement. He said he wanted to know who was involved in high-level discussions about the pipeline.

"You know, I'm hopeful that he at least recognized that there might be something there, but I'm suspicious of the fact again, with whom they are consulting t with them? "said Buffalo. 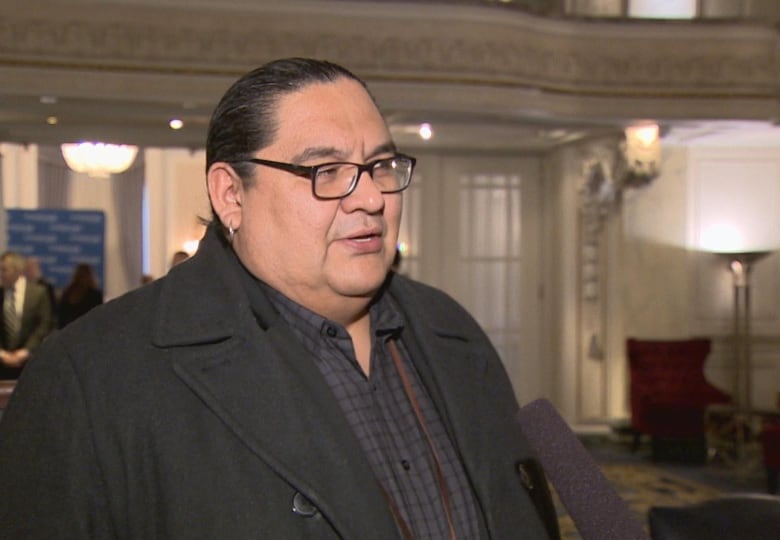 The President of the Indian Resources Council, Stephen Buffalo, said he had received a mixed response to the announcement. (CBC)

Morneau said the government had bought the pipeline because a level of risk meant the private sector would not move forward.

"We see our role as de-risking the project, and once the project is de-persuaded, then we see that it has the potential to return to commercial ownership," Morneau said.

It added that the timeline when the un-compromised is not; is unclear, and the government must go through Stage III consultations before they reach the point at which they can consider any decision.

Hundreds of protesters from pro-pipeline groups were outside the conference on Monday, Calgary Police estimated.

The crowd gathered outside the hotel where Morneau was speaking, holding pro-energy signs. 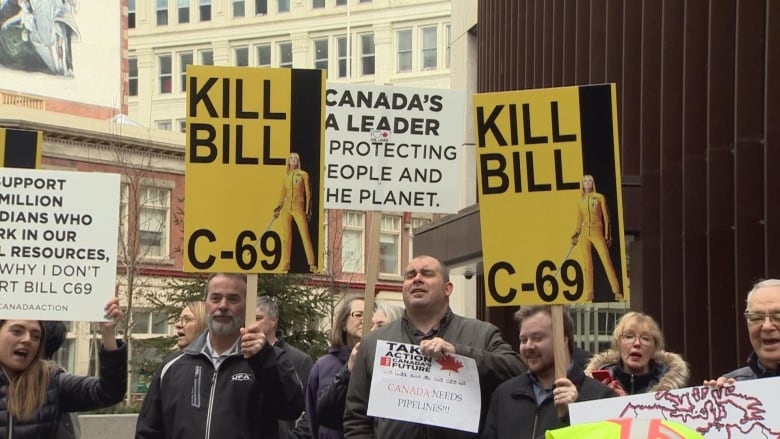 "We recognize that there are real economic challenges in Alberta right now, and they affect people on a day-to-day basis," Morneau said.

Morneau said that the government has made clear commitments, which they believe show that Alberta's economy is important, as is bringing Canadian resources into international markets.