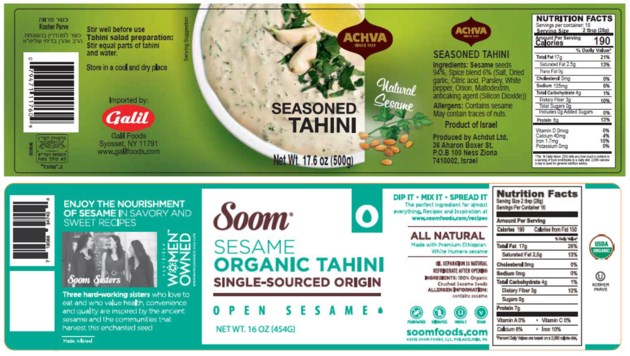 OTTAWA – The Canadian Food Inspection Agency says that two brands of tahini products have been called back due to potential salmonella contamination.

The agency says on Wednesday that there are seven Achva tahini products sold in 500-gram and 18 kilogram packs, as well as 18 kilogram tubes of pure S & F.

He says that the tahini are sold in Alberta, British Columbia, Manitoba, New Brunswick, Nova Scotia, Ontario and Quebec, and may have been distributed in other provinces.

The CFIA says that illness has been associated with the use of these products, but they did not say how much.

It advises people to throw the products that were restored or returned to the shop where they were bought.

The agency says that food can not contaminate with Salmonella look or smell to ruin, but it can still be ill.