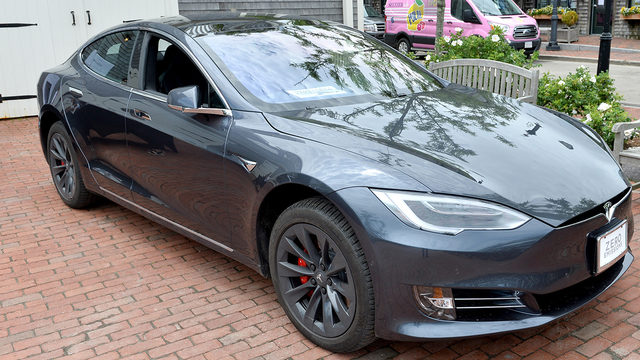 PALO ALTO, Ca. – The police in California arrested a man who could have drunk and slept in his Tesla while he went for 70 mph in the self-paper mode down the highway.

About 3:30 a.m. The California Highway Patrols were notified on Wednesday of the Tesla Model driving around the south on Highway 101. The officers drew near the vehicle, traveling for 70 mph, and noticed the driver, Alexander Samek, and allegedly asleep. CHP then used both lights and sirens to try to wake up Samek, but was "unconscious", according to Public Information Officer Patrol California Public Art Montiel.

The vehicle stopped in the middle of the highway, and officers tried to wake up Samek.

"Officers came to the Tesla and tried to wake up Samek by knocking on the window and giving oral orders. After Samek woke up and went out of Tesla, he was placed at the back of the patrol car that dropped off the unfortunate way to Shell Station off Embarcadero Road in West Bayshore Road while the other officer was driving the Tesla off the freeway road, "according to Montiel.

At the gas station, Samek failed a field sobriety test and was arrested in suspicion of DUI.

According to KRON4. the CHP stated in a statement that it has not yet confirmed that the voting plan has been included:

"We can not confirm at the moment if the" driver assistant "feature was implemented but considering the vehicle's ability to slow down when Samek was sleeping, it appears that & The driver's feature & # 39; be active at the time. "

The California Highway Patrol announced details of the event on their Facebook page: