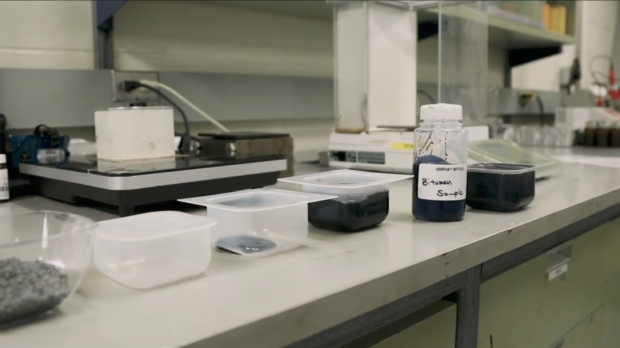 Canada's largest rail line believes that "CanaPux" can be a game change for the country's oil industry.

Basically, the CanaPux, developed by the Canadian National Railway, is crude oil mixed with a polymer and wrapped in that polymer. The result is a solid sugar product that CN Rail believes will mitigate the risks associated with oil ships by train, while opening the product to the market global and reduce shipping costs.

Canapux would be transported as a solid product. When reaching its destination it can be processed and restored to traditional crude oil.

A recent report by the IAEE Energy Forum states that oil leakage along the railway is three times more likely than a pipeline loss, but James Cairns, vice president of Petroleum Products and Chemistry in the Canadian National Railway, told CTV's Your Morning, the CanaPux would limit the damage of any possible oil leakage.

The pucks can also be transported in gondola cars, which are lighter than there is no tank and makes shipping more affordable.

Cairns says that one of the biggest problems with the Canadian oil industry is that most sales to the US are under the existing rail and pipeline system.

"CanaPux allows us to reach tidal water and export our crude oil to Asia," he said.

Cairns is hoping to get the first pilot plant in place during the next 18-24 months.

This comes at the same time as the Canadian oil industry increases its reliance on the rail system. According to the National Energy Board, 134,132 barrels of crude oil were transported by the railway system in September 2017, compared to 269,829 a year later.