AFM: After her son's harassment illness, she turned her mother to polio survivors for answers 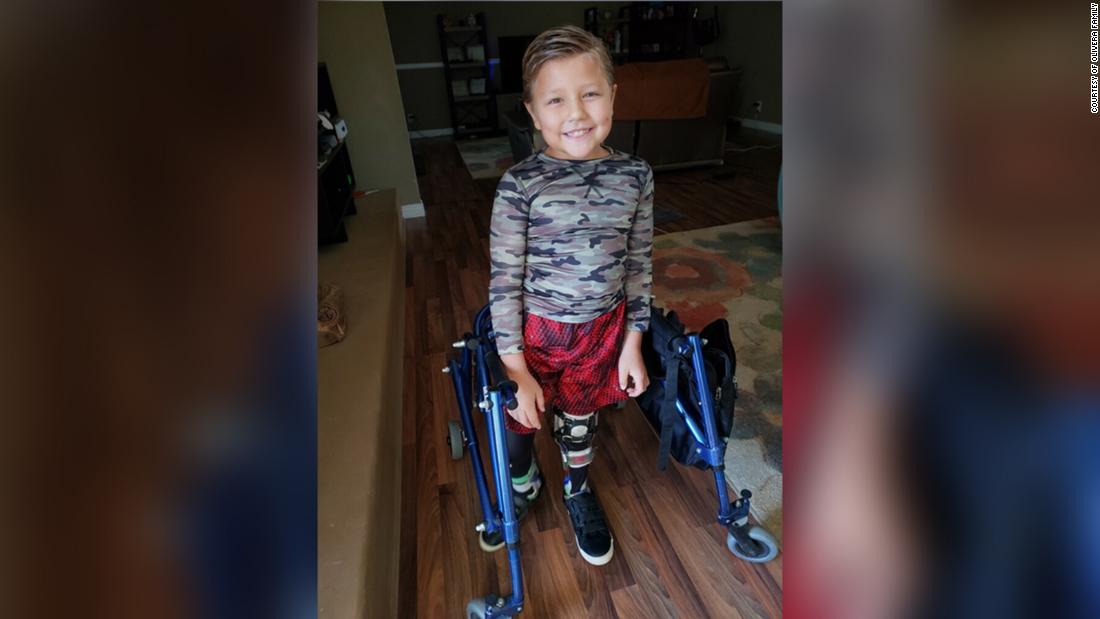 It was in 2012, and his 1-year-old son, Lucian, suddenly had a bass from the waist down. Although he was receiving excellent medical care from his doctors in California, she and her husband wanted the support and emotional guidance that could only come from a child's parents like Lucian.

But that's the problem. Lucian was one of the first children in the United States to diagnose a paralyzing disease of acute flaccid myelitis, or AFM.

Even on Facebook, his mother could not find a kind soul.

Then, one day, a class assignment randomly gave Olivera's answer that proves that history sometimes replicates itself.

Olivera was in her final semester at the nursing school, and she was assigned to visit a support group that meant her life. A support group chose for polio survivors, as the disease of its children and polio was similar.

Those members of that support group – older people who had suffered ill health since then had disappeared in the United States – would change his life forever.

In the late 1940s and early 1950s, polio had an average crystallization of more than 35,000 people per year, making it one of the most frightening diseases of the twentieth century, according to the Centers for the Control and Prevention of United States Diseases United States.

Polio and AFM are similar in similar ways: Experts believe that the same family of viruses causes both. Patients, mostly children, start with what looks like cold or flu, and then parasites are hit.

But there is no cure or vaccine for AFM, and healthcare practitioners have had to calculate on their own the best ways of caring for these children.

Some have tied back to the polio period to help their patients. Melissa Murray, a physical therapist in Oregon, wrote old medical journalist articles for polio to find out what exercises she gave to her patients, Bailey Sheehan, who had been diagnosed with AFM in 2014 at the age of 7. His entire right side had to panels.

"I was unsure and a bit nervous, because I was eager to help, but this was so illegal territory," said Murray. "I never think I'd go back in time to read about polio."

Bailey, who is now 11, has a steady headache, and is weak in his right arm, but she can walk – something her mother believes in Murray's historical research. "Melissa and viability – I think that's a 100 percent why Bailey is walking again," said Mikell Sheehan.

Looking back in time to gain a medical wisdom of an earlier disease, as Murray and others have done with AFM, is "uncommon," according to David Oshinsky, a history professor at the University of New York, and author "Polio: American Story , "who won the Pulitzer Prize for history in 2006.

"For me, that's awesome. I've never seen such a connection," he said.

Lessons from the past

When Olivera came to her son to meet the Post Polio Members Support Group at the Thousand Oaks community center, she initially thought she might have made a mistake. These people were more than half a century older than a son – can they really help?

Then he saw one of the polio survivors, who was sitting in a motor wheelchair, lifted his leg up by catching the skin at the top of his hip, similar to one could pick up a dog with his neck .

It was a very specific movement that was familiar to Olivera, because that's how Lucian also moved his leg.

She knew she was in the right place.

So the polio survivors.

"It was like déjà vu," said Sherrill Boyd, 79, who contracted polio when she was 9 years old.

The survivors' advice came almost immediately, and some of it was quite accidentally. When Lucian shook his hip and put his leg up on board, Olivera, who went to a cycling school as a girl, woke up. The polio survivors laugh.

As Norma Puch watches Lucian and hears his story, he was reminded of his own story. She and Lucian are ill when they were very young – Puch was 18 months old and Lucian was 11 months old. Like Lucian, she wore a brace on her left leg of ankle to her hip.

Seeing he had made her remember a painful event when she was a young girl working as a receiver in a Los Angeles construction company. One day she stepped out to take a break. She was wearing classic miniskirt and 70s.

He was referring to his brace goes.

"I was so boring – I thought what an idiot was!" recalls Puch, who is now 65. "Should I be ashamed because I had this metal thing on my leg?"

He told Olivera not to listen to the injured, and to think of Lucian as any other child.

"When I was a girl, I did not think myself different, or a threat, although I can not walk as fast as other children," said Puch.

That advice has been made in Olivera realizing she needs to treat Lucian exactly as her three older sisters.

Today, at 7, Lucian is a happy little boy with no signs of self-pity. He walks with a brace and a walker or squad on the floor. She feels like her brothers and sisters, but in a suitable way – for example, to clean her room, they take toys off the floor and put them in a bag that is attached to her pedestrian, and then put them back on the shelf.

Without losing the wisdom of the older generation, Olivera organized Kurt Sipolski, a polo survivor who wrote a memoir, "Too Early for Flowers," to be on a group board created for parents of children with AFM. Sipolski regularly gives advice to this new generation of parents whose children live with parachisis.

After the meeting, one of the polio survivors knit Lucian to a pair of thick wool socks, as people with parasis often have cold feet.

The socks have been thinking of Olivera from a day that changed his life.

"That meeting inspired me and gave me an insight into that," he said. "They all said that polio did not limit their success. They had careers, they had families, they made me see Lucian will do those things too."