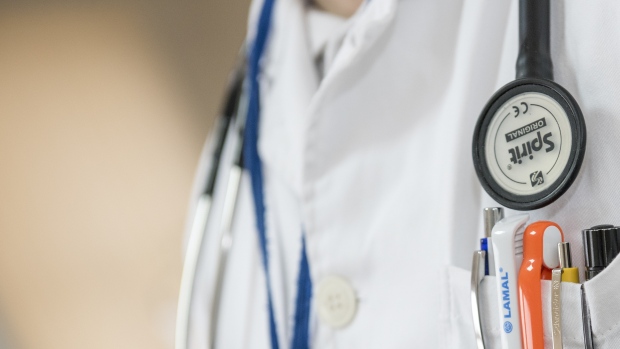 TORONTO – People with disabilities are more likely than those who are not disabled to face problems with the healthcare system of Ontario, regardless of their age, gender or class, a new study suggests.

The Institute of Clinical Evaluation of Sciences research found that the disabled was a much more likely development of deadly young people, depressed in hospital without plans for appropriate aftercare, spending time in long-term care, or getting re-hospitals and emergency room visits or non-peer-peer visits.

The study, drawn up by researchers from ICES, the Center for Medicine and Mental Health and the University of Technology Institute of Ontario, said that the findings were really true regardless of the disability. They also broadcast a variety of boundaries that are usually strong predictors of poor health consequences, such as age and socio-economic status.

Elizabeth Lin, CAMH scientist and lead author of the study, released on Thursday, said the data suggests that the presence of a developmental disability is a factor that leaves people who are most vulnerable.

"There's something about developing disabilities in itself and it seems to be contributing to these higher rates of the results looked at," said Lin at a telephone interview.

The researchers examined medical records of more than 64,000 residents of Ontario with a range of development disabilities, including autism and Down's syndrome, and data compiled between 2010 and 2016 was analyzed.

In each of the negative health outcomes analyzed by the researchers, there was a disproportionate impact on the disabled disabled population.

What surprised her during the research said the early mortality rate, which researchers defined as dead before the age of 75.

Across all age groups, income and gender brackets, the early death rate of 1.6 per cent in the population that were not disabled to 6.1 per cent for the disabled was developing. Double that number to 12.3 per cent for those with Down's syndrome.

The data shows a phenomenon known as another level of care, where someone is spending at least one day in hospital despite being cleared and released, but in affecting 0.7 per cent of the disabled population. That figure dropped to 4.6 per cent for those with development disabilities.

In the age groups included in the survey, ranging from 19 to 64, only 0.2 per cent of non-disabled people spend at least one day in a long-term care home. For the disabled, that figure was 3.5 per cent.

One of those affected was Teresa Pocock, who spent a short time at the Ontario nursing home despite being just 49 at the time.

"It was awful," said Pocock, who now lives with a family and follows art in Vancouver. "I do not like it."

The report did not examine the causes of the numerous gaps in care, but researchers and those with live experience of informing the developmental health and disability system said the reasons were complicated.

Yona Lunsky, director of the Azrieli CAMH Adult Center for Neurodevelopmental Center, said that there is a broad ignorance in the medical field about the ways in which developmental disabilities are exposed.

In sessions she is being held with emergency room staff, for example, she has repeatedly heard that disabled patients are scarce arriving. Having seen teaching videos from ordinary scenarios, however, the session's participants say that they encounter such situations more often than they realized.

Lunsky said the disagreeable focus of society on developing disabled children could be at the heart of some of the misconceptions.

Healthcare professionals have not been trained to identify developmental disabilities and provide appropriate adult care, he says, adding that they often expect patients to show symptoms and behaviors based on stereotypes they have grow for a long time.

But stigma also plays a role, he says, adding people with invisible disabilities may not be willing or able to communicate their situations in environments that they have found in their past support.

"I do not think we are as satisfied as possible to give that message to people who say, and we want to know what your unique needs are so we can provide for them," he says. "Some people, at least, think, I'll be treated worse if I make it clear that I have had this disability, or I'm not going to get the care I need it. & # 39; & # 39;

The report contains a number of recommendations for the health and social care sectors, including giving a more prominent voice to disabled people in their own care, establishing more support to keep people out of long-term care for a longer period , and the establishment of reviews in early death cases to determine the cases.

Alex Haagaard, autistic and wheelchair users, would welcome such actions. She also noted that stereotypes across the spectrum can lead to permanent damage.

"When you feel that you are not eligible, you will be excluded from independence and ability to take control over your own decisions in relation to your health," he said. "If you try to confirm your own control, they assume you do not need support."