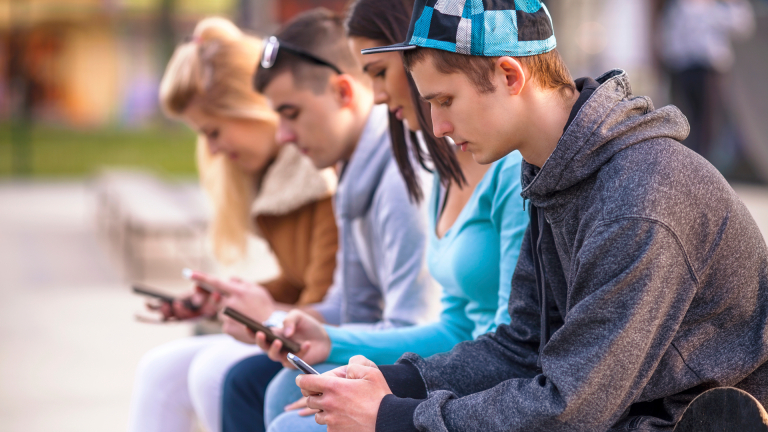 The generation of transformation is a "clock bomb", which can be easily surrendered to anti-democratic forms of government.
This shows a report by the Sofia Platform Foundation, quoted by "Dnevnik". The document has assigned to the generations of transitions in Eastern Europe

The combination of low levels of social and institutional confidence, coupled with a low interest in civil and political activities, and high unrealistic expectations to the state as a clog, warns the authors of the study. Citizens are open to anti-democratic forms of government easily and this raises high security, links and financial pollution in order of values.

Although the migration trend is first called since 1989 and young Bulgavers promise well to the country, active citizens are not too small and too variable to change the situation. To the contrary, there is an understanding that life is satisfactory, especially if one works for an overseas company and politics do not need to be engaged. Surveys of recent protest movements have shown that it is easier for them to set up something against it, but they can not create a goal to follow.

"Although more people prefer to live in democracy, our fieldwork and research show that the understanding of Bulgarians from democracy is really mixed, it has not rationalized," Luiza Slavkova, Director " Sofia Platform ".

"In the understanding of many people, the word democracy means transition, and the transformation has a negative connection."

"People do not feel that their success, regardless of their potential, is linked to the political structure and the opportunities that democracy gives them, but it is flawed." The experience of people with democracy is scarce, lack of information about the nature of citizenship, this is that it is formed by both rights and obligations, and the forms of influence and interaction with politics and institutions go beyond to vote, and against the background of the low levels of knowledge and understanding of democratic processes and low-urban culture, it seems that communism is a trim system, which expects no initiative and responsibility to you. In democracy we all empower and citizenship is responsible for the environment. In communism, no power, but they do not take responsibility. "

"The lack of experience of Bulgaria with democracy is not only the product of the Communist past, it is also a product of lack of transfer, state distress, justice problems and the current challenges to democracy that derives from social networks, migration, etc. "he said. "The combination of both leads to poor information and the use of democracy mechanisms, as well as a very high opinion about it."

Researchers share the "generation of transformation" into two groups – those born between 1975 and 1985 and those born from 1985 to 1995. The main differences between them are that the first group is more active civil, and both Interests in quite different problems. Although those born up to 1985 are more likely to engage in the protection of rules of law, freedom of speech, the independent judiciary, or pollution, the younger ones are of great interest in unofficial cases – such as protection environment.

A study by the Friedrich Ebert Foundation in 2014 finds that the main interests of younger generation in Bulgaria are to look good, be independent and have a career. However, seeking independence does not lead to civil action or political activity; It's more about the economic aspect. This may be explained slightly by their growth in constant change conditions, economic uncertainty and the 1990s deficit. Success at all costs is the target for 42% of young Bulgarian, and nepotism remains an important tool.

"The 2007 survey when we joined the EU shows that democratically understands, in general, the ability to buy everything, but not only is this expression of the desire to eat but there is & The understanding that you can buy everything through bribery and everyone, just like in the Kosturica movie, "If something is not done with a vehicle, it's got a lot of a point." This is the motivation for career and resource collection, "said Slavkova. "The other aspect of the desire for financial independence is to realize that you can not rely on the state, so you earn wealth to rely on private services."

The state is mandatory

The average between the two parts of the generation, however, remains incapable of civil energy to lead to change, and between them as citizens, and state equipment is practical almost close. At the same time, they have the high expectations that the state should take care of the citizens. Between 92% and 86% of organizations believe that organizations must provide free education, healthcare, minimum wages and employment for all, while at the same time believe that taxes should be reduced by 60%.

"This generation of transformation has grown mainly in a climate of community community silence and family silence, before silence goes to the rest – fun, so younger people are not fierce, but rather discovering beliefs and attitudes – the old ones involved in Communism, among those beliefs, we call them "good days" for free education, healthcare, quality food, low levels of crime and traffic accidents, and beliefs that do not make communism, and democracy is to blame for HOME such as corruption, forget that it is well established in the years before the 89th, "explains Slavkova.

"The other that is transmitted to younger generation is attitudes and beliefs that have been learned thoroughly through communism, such as the unrealistic expectations of the state, the low levels of self-initiative, the attitude that does not depend on us, as citizens that we do not consider as a major part of the whole political system, but rather as outside us. We are all unhappy politicians and not active architects. We must realize that these creatures, which are rather civic, are almost brewed by the cradle. In democratic circumstances, of course, this is not true: there are no democratic ideological subjects to tell us what we should be, as they were during Communion, due to the openness of democracy, building democratic values ​​of a great deal is a small process than in an authoritative environment, where everything happens in order. "

Bulgarians, as well as Romans, have no confidence in basic institutions such as parliament, government or president; Political parties and deputies are the least popular. The police, the church and the EU enjoy the highest trust, and religion for Bulgarians is more traditional than faith.

Young Bulgains believe the most to families and their friends, but the credibility of individuals and structures is low, due to rare participation in social or voluntary cases.

"He said the Trust, as said by political scientist Eric Ussaner, the chicken soup in every society."

"At the same time there is a growth of civic enterprises and social innovations created by representatives of the second cohort of transmission process," said Slavkova. "We may have to be more patient to have a clear change in public places and to work purposefully to restore people's confidence in their abilities as citizens, their fellow citizens and democracy."

The eastern European generation of the transition is equivalent to the thousands of the west, widely described as the people born between the beginning of the 1980s and the late 1990s. They are an ethnic band and are increasingly politically left.

The differences between the two generations, Slavkova, explain: "The Clement for the Millennials in the West is that they are interested in things that make sense and contribute to the common journey, and in some respects that they are material materials, and those that were hit by the financial crisis of entering the labor market and for them a decline of capitalism deficits, a very simple explanation for their convictions. instead of the left, but the Bulgarian context is different.

The generation of the transition grew with the gaps, the constant changes and uncertainty of the 90's, so the subsequent emergencies with these experiences can not be compared. In addition, the generation of transfer has something that we call a syndrome that catches it. Due to lack of communism and deprivation of the 90's, it needs to build up and use. In my view, more leftist political aspects are more likely to be observed in the generation that comes after the 95s and 2000s. In the Bulgarian context, left-wing options do not find political expression in a BSP vote, as you know, traditionally popular among the older generation. Let's not forget that the traditional split lines between left and right are also unclear. "

The end of 2017 study was carried out by the Sofie Platform Foundation. Highlights will be presented at an event on November 22 and 23.

How Do Democracies Start?

The fate of the 5 democracy of the 1930s, which was attacked by national parties. Four fail