Strong start of "Plus-Minus.Comment After News" on the Nova Community 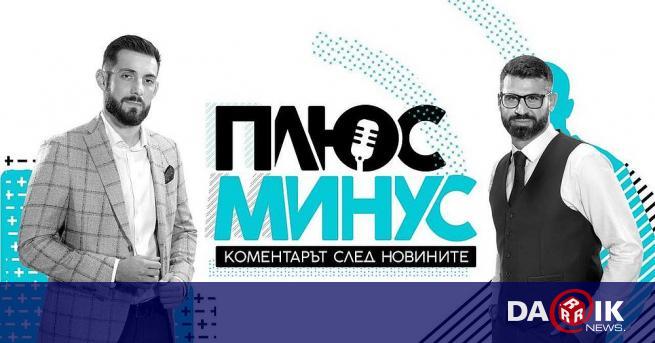 
Publicity transfer "Comments Plus-Minus, Post-News" is the latest update to the NOVA portfolio. Leaders Kuzman Iliev to Vladimir Sirkarov yesterday, I started a strong start on the format, attracting more than 35% of the viewers to the screens in the time zone, while the bTV split at that time more than twice as small. Also about twice as much as bTV at the time, "Plus-Minus Post-News Comment" also reached the active population (18-49) and among the younger viewers aged 18 to 34 – over 3 times.

A new NOVA air production is broadcast Every day a week after the news release at 16:00 with analysis of current topics and detailed discussions. This week the guides also begin a special series for the transition period in Bulgaria with the key figures associated with post-1989 processes. As well as politicians, the word will have people who have an interesting fate during the events, but they leave the public places.