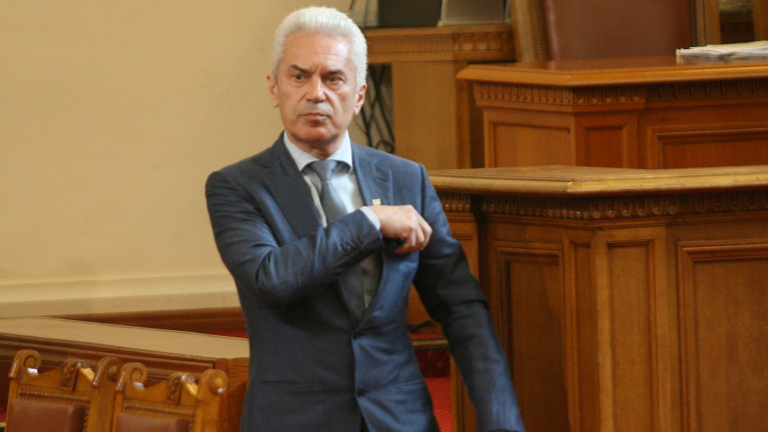 MEPs do not take some money, Ataka leader Volen Siderov commented on the information, despite his absence from the National Assembly, that the Reds will still not have salaries.

When you are not going to work for unreasonable reasons, then even for a whole month you are absent, even then you will receive 1/3 of the salary gross and 1/3 of the representative trials, which the nationalist emphasized. The MP has also formed on the basis of participation in committees, internship, unpaid money for freelancers and so on. That amount, roughly, could be more than 1000 leva, says Siderov. Who will not go to work in Bulgaria and get a poor salary for Bulgarian standards, he does not understand.

There is an assault for this to be dropped. Already in 2013 they have been offered. Then the red ones were against. So yesterday, with the parliamentary head of Tsvara Karayancheva Siderov has again raised the issue of breaking all the money of the MPs absent completely without a reason.

GERB expects excuses from the BSP for their absence

According to Danail Kirilov, there should be radical penalties

If you're not going to the job – no, suggests the leader of Attack. He wants to spend and absent trips.

According to Volen Siderov, he probably would be dissatisfied with the left, because some of them would have relied on that charge. There will be a need to amend the National Assembly Rules, because at the moment the chair of a parliamentary group can excuse absences and the whole group. Siderov also wants this opportunity to be broken.

Ninova: Only the BSP Plenary can return the red to the full hall

The BSP announced its Eurolist in March

The case would cover all MPs, not just a parliamentary group, as the Ataka leader said he would also discipline his group. You see how we work to tighten the ranks, says Volen Siderov.

We remember, in a plenary session on Sunday, the National Council of the BSP decided left wing deputies to leave parliament. The proposal was made by Kornelia Ninova's leader at the beginning of the forum.

Then or GERB decided to return the favorable vote. However, the red did not return to the full hall, and Cornelia Ninova said that this could only happen on the BSP total.

Today, that GERB said Expect apologies by the BSP's CE leadership for their absence.